It’s an awfully busy time for the Cyrus family. From new television shows to new singles, it seems as if just about everyone in Billy Ray Cyrus’ family has something to promote these days.

Heck, even Billy Ray has something to celebrate. On the set of “The Today Show” on May 25, Billy Ray was on hand for a little Throwback Thursday action, performing his huge hit “Achy Breaky Heart.” In fact, it’s the song’s 25th anniversary.

RELATED: This picture of Miley Cyrus has everyone talking about one thing

“It seems like that,” he said to “Today” hosts Hoda Kotb, Matt Lauer and Savannah Guthrie. “Time flies. It really does. That’s why you got to enjoy every day, be the best you can be, be kind to people, represent light and love, and do everything you can do. Paint everything you can paint, sing everything you can sing, and just be a good person.”

The family was seemingly enjoying the moment so much that they even proceeded to have a little dance party at the end of the performance, perfectly captured in a pic posted on Today’s twitter page.

Yeah, it's a party in Studio 1A! pic.twitter.com/QNn5VimcTW

“This is as exciting as anything I can remember,” Billy Ray continued. “Tish has been a manager, a friend, a mom to all these kids. And now to see her doing her own thing in something that she loves and is so good at. I’m really excited.”

Billy Ray was referring to Tish’s new Bravo TV Show, “Cyrus vs. Cyrus: Design and Conquer,” which premiered on May 25. 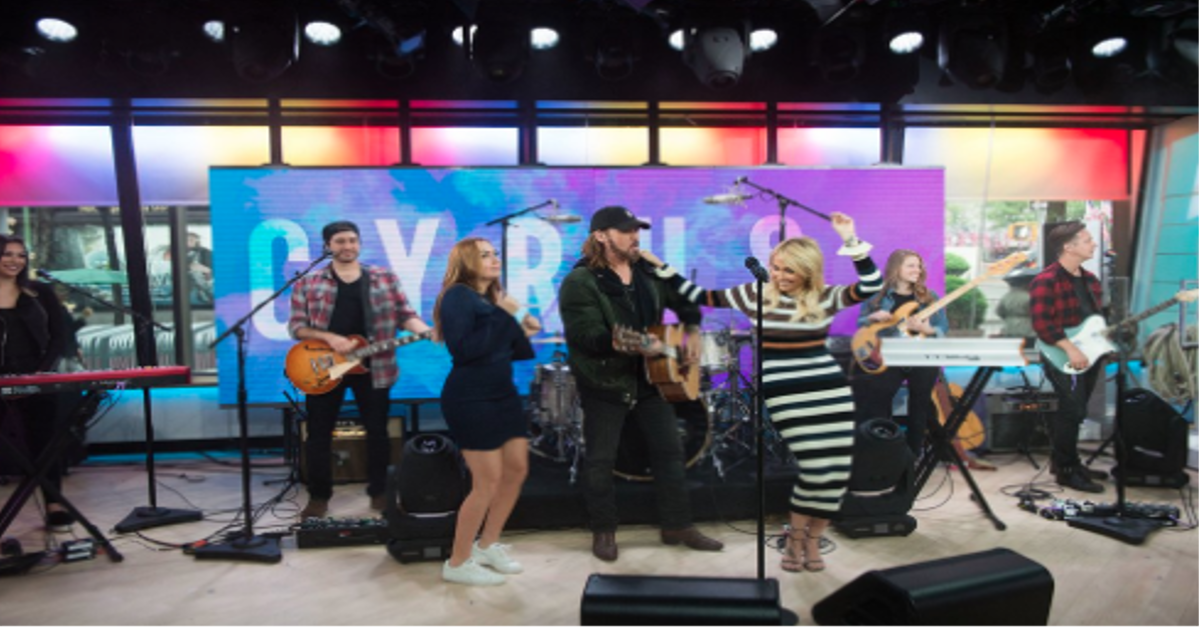