2016 was undoubtedly a year of bliss for country music superstar Blake Shelton. Not only did he find plenty of time to make sweet memories with girlfriend Gwen Stefani, but he also dropped his most personal album to date, titled “If I’m Honest.” And, if there was one song from the record that sums up the crooner happily living in the moment with his leading lady, it’s his effervescent single “A Guy With a Girl.”

That’s why it makes total sense that Blake pre-recorded a performance of the song for NBC’s annual “New Year’s Eve With Carson Daly” special.

In the video, which you can watch below, fans appear all decked out in their New Year apparel of sparkly top hats and glittery tiaras. They sing and dance along with Blake, as he serenades them from the City Walk stage in Los Angeles. Meanwhile, viewers saw Blake croon through their televisions at home, while waiting for the crystal ball to drop in Times Square.

Since Blake didn’t have to jet across state lines to ring in the New Year, he celebrated the holiday at his Oklahoma ranch with Gwen by his side. When the clock struck midnight, the couple shared one heck of a passionate kiss. Gwen shared the lovebirds’ adorable smooch on Snapchat and included the caption “Good One.”

As you can see in the photo above, Blake sports a fashionable 2017 headband as the two lock lips. How cute!

We can definitely tell that they’re going to make 2017 count! 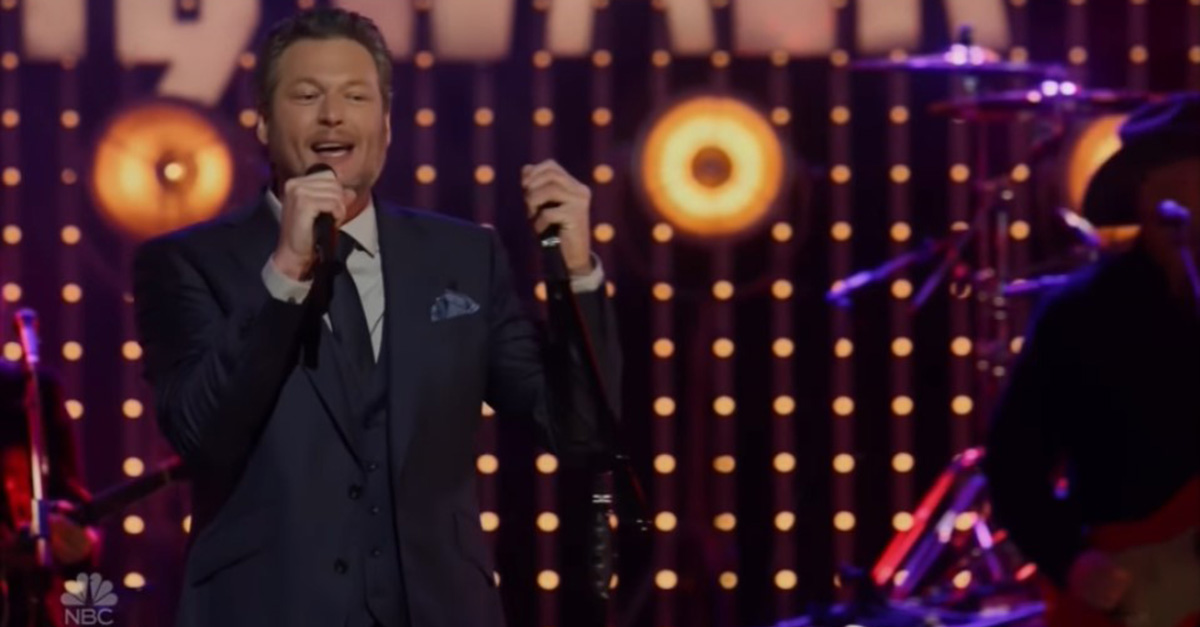