Love is in the air — that is for Blake Shelton and his girlfriend of one-year, Gwen Stefani!

The adorable couple climbed aboard a private jet on Monday, Feb. 20, following a fun-filled three-day weekend together. Though it is unclear whether or not Blake actually took off with Gwen, her eldest son Kingston was on hand to join his mama for the ride.

Naturally, Gwen took to Snapchat to share clips and pictures of the trio, as well as the high-flying adventure. And, just by looking at the photos, it’s clear that Blake and 10-year-old Kingston have become close pals!

The photo above, which was re-posted by a fan on Instagram, shows Blake and Kingston walking alongside each other, as they appear to make their way toward the aircraft. Both of them don similar outfits of camouflage and blue jeans! Too cute!

As for Gwen, she had the honor of riding in the cockpit during the trip to an undisclosed location. It looks like Gwen had a blast soaring above the clouds and took plenty of selfies!

The fan-uploaded photo above shows Gwen looking cool as a cucumber in her aviation headgear.

Another shot features Gwen and her son playing with filters. They don flight attendant caps in one photo. In another image, Gwen sports some pink-colored sunglasses and a bow atop her head.

The airplane adventure comes after Gwen surprised fans at Blake’s Los Angeles tour stop on Feb. 17. The two performed their heartfelt 2016 duet, “Go Ahead and Break My Heart.”

Of course, Blake and Gwen will have even more appearances together coming up, as they will soon share the set on season 12 of “The Voice.” The new season kicks off on Feb. 27 on NBC. 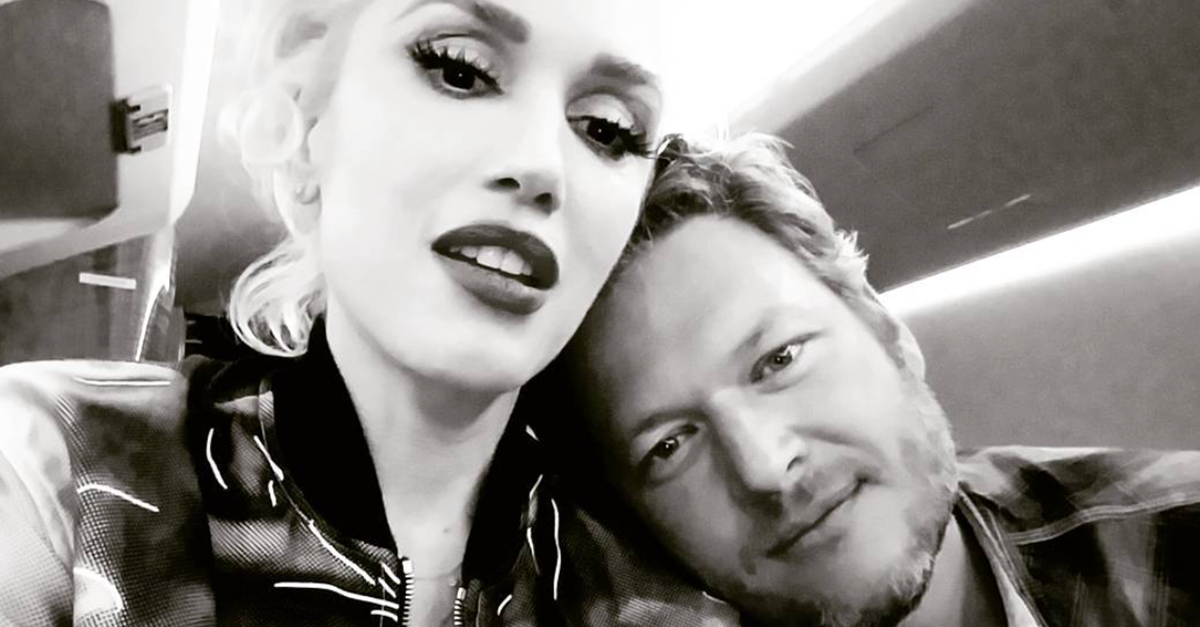