Season 12 of NBC’s “The Voice” moved into its tough battle rounds on March 20, beginning with Team Blake singers Brennley Brown, 14, and Lauren Duski, 25.

The two faced off in a performance of Little Big Town’s “Better Man,” penned by Taylor Swift.

Before heading off into the musical ring, the pop-country hopefuls received vocal tips from coach Blake Shelton and his trusty key adviser, Luke Bryan. Luke advised Lauren to milk her “sexy” and “sultry” voice, while Blake told Brennley to be clear on her words.

Stepping foot onto the famous stage, the blonde-haired beauties turned the quartet of a song into a rousing duet. With a hint of Karen Fairchild’s vocals, Lauren took the first verse. Then, a confident Brennley cried out on the emotional second verse. Needless to say, both girls were equally convincing, while singing lyrics about heartbreak.

“Ladies, that was so beautiful,” coach Alicia Keys praised. “Lauren, your voice has this honey, raspy, strong, beautiful thing happening. And, Brennley, I felt that you were very authentically clear about what you were delivering.”

Although Gwen Stefani enjoyed both singers, she stood behind Brennley saying, “Something about your innocence, I want to work with that.” Adam Levine added that he thought it was “eerie” how the singers connected with the track, despite them being in different places in their lives.

When it came time for Blake to choose between the aspiring stars, he explained that he was making a tough decision. “I don’t want to let either one of you go. But, I have to,” he declared before naming Lauren the winner.

Though Blake chose Lauren to stay on his team, both Adam and Gwen were determined to steal Brennley. Gwen, who was first to push her button, emerged victorious, as she collected the teen for her team! 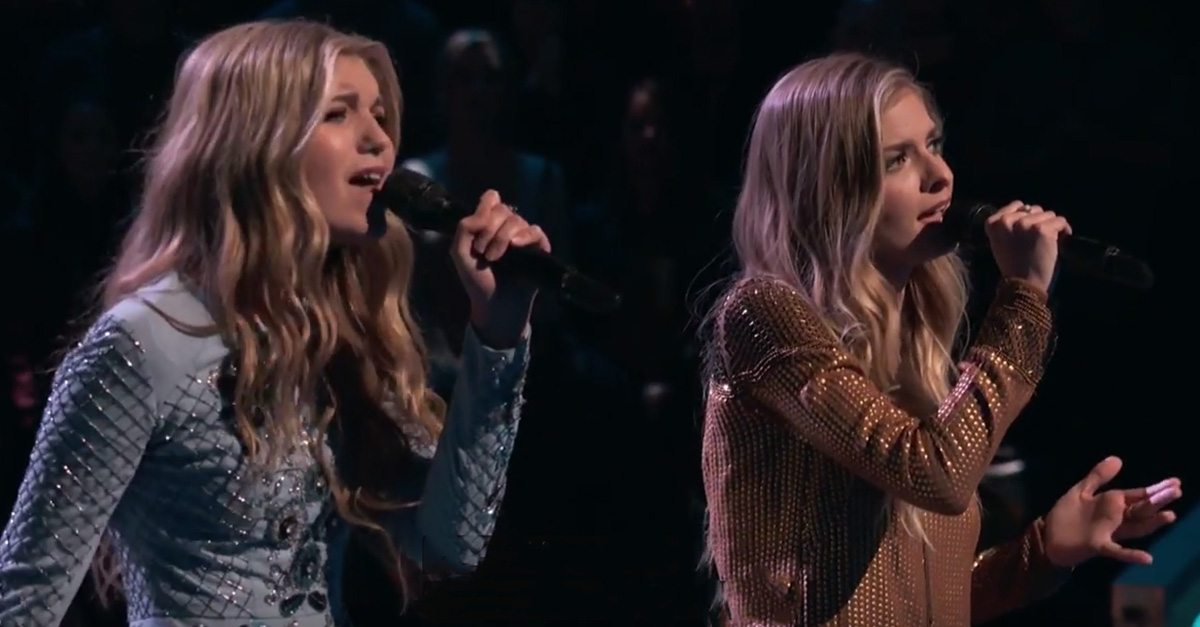