On Monday, Oct. 10, two standouts went toe-to-toe during the first battle round on season 11 of NBC’s “The Voice.”

Together, the Team Blake contenders doubled up on a version of Bad Company’s classic hit “Feel Like Making Love” in hopes to win out during the battle. And, boy oh boy did they slay it!

As you can see in this video, the burly bearded, cowboy-hatted Sundance starts the song off on vocals. Then, the well-polished Dan chimes in with rich harmony before taking the lead role. However, Sundance went and got extra fierce and threw in an impressive, gritty high note — enough to make judges lock eyes in amazement.

Miley Cyrus was on her feet for a good portion of the song and said, “Dan, you did really well when you use your voice, stage and the crowd. Sundance, your voice came pure.” Alicia, too, said, “Dan, you have a very honest and genuine way of delivering your music, and I loved how you owned your space. Sundance, you are just your own beautiful beam!”

While each coach took a moment to commend both performers, it was ultimately up to Blake Shelton to decide who would stay. He chose Sundance.

“Believe it or not, Dan we were worried about him as a performer, but he is a performer,” sad Blake, adding, “Sundance, that voice come out of there and it literally blows the brains out of my head, in to the toilet and the toilet flushes itself. It’s unbelievable.”

Be sure to keep up with “The Voice” at 8/7 c on Mondays and Tuesdays on NBC.

So, do you agree with Blake’s decision? 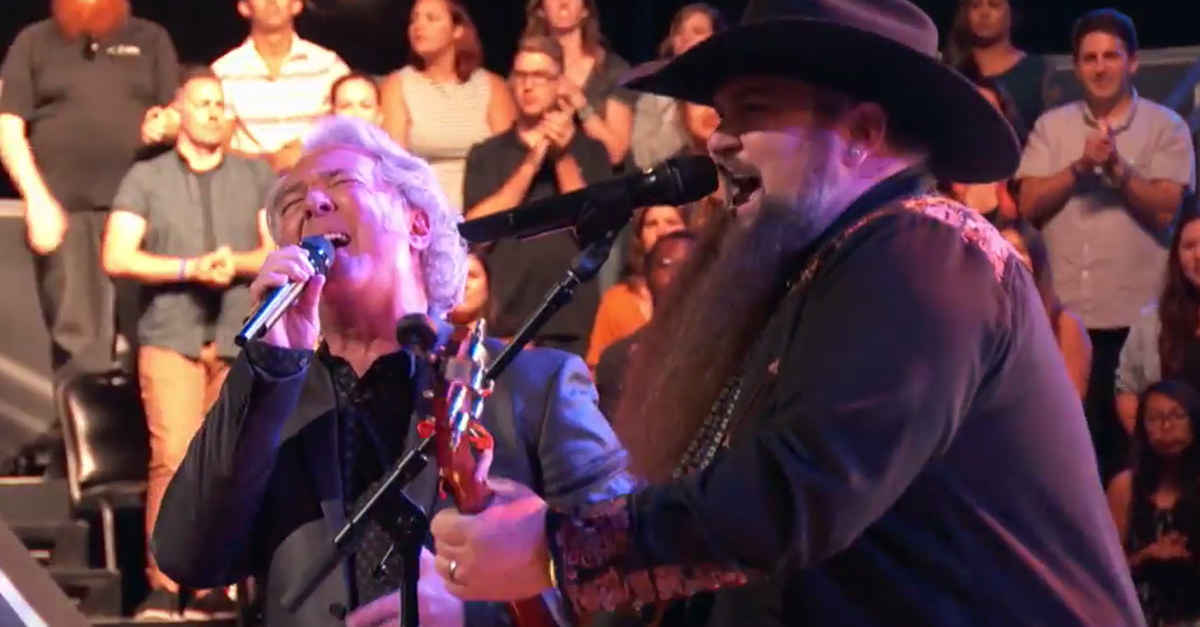