Season 12 of NBC’s “The Voice” is fast approaching. While we don’t know who will be crowned the winner just yet, it’s easy to assume that they’ll be on Team Blake!

At this point, Blake Shelton has won five of 11 seasons, making him the coach with the most wins. And, it looks like he has the confidence to lead him to another victory.

In a sneak preview for the upcoming season, Blake shows that he’s not kidding around when it comes to assembling his team. He even drops knowledge in front of fellow judges — Adam Levine, Alicia Keys and girlfriend, Gwen Stefani — to show that he can connect with potential stars on a personal level.

“Love me some Greensboro,” he says as a way to smooth-talk a contestant from North Carolina into joining Team Blake. “It’s the home of Wrangler [jeans]. Did you know that?”

“How do you know this stuff?” asks an astonished-looking Gwen.

And if Gwen thinks that she can use her relationship with Blake to her advantage, she better think twice, because her man’s not afraid to call her out. After telling one contestant that she just worked on a country song with Blake, the country crooner demanded her to “quit dropping my name!”

RELATED: Blake Shelton admits that he was “nervous” about Gwen Stefani’s “The Voice” comeback

But, of course, there’s a saying that goes: “If you can’t beat them, join them.” Once aspiring artists started choosing Blake as their coach, both Alicia and Gwen ditched their red chairs to join him on his!

Season 12 of “The Voice” begins on Feb. 27 on NBC. Watch the hilarious clip above! 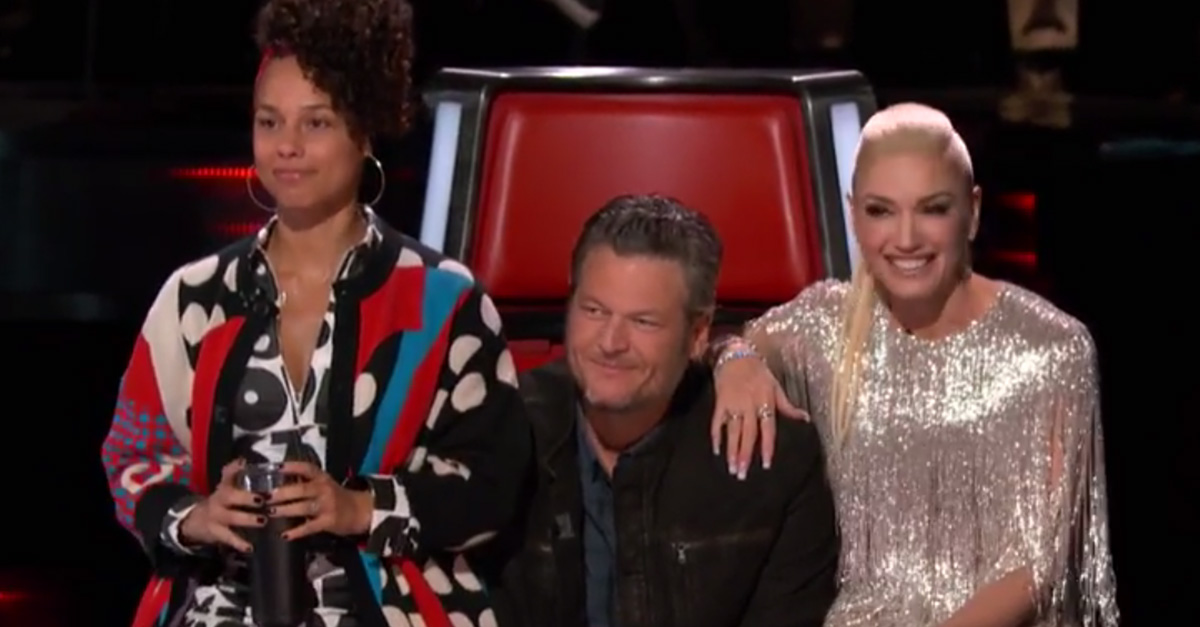