Is there anything that you ever wanted to ask Blake Shelton, but you never had the chance? The tall and hilarious country star has been hosting backstage meet-and-greets on his Doing It to Country Songs Tour, and fans are getting just such a chance. But it’s hard to tell who is enjoying it more — Blake or the fans.

During the March 17 meet-and-greet at Blake’s show in Chicago, one fan posed the thoughtful and relatively innocent question: “What would you do if you could plan the perfect day?” Blake thought for just a moment and then gave a very specific answer.

He started with, “It would have to be in the fall,” elaborating that fall is deer season. He then began adding all of the additional necessities to truly qualify his day as “perfect.”

“I’d like for Gwen to be there,” he said. “That would be great.” Then, in an example of perfect comedic timing, in his Oklahoma drawl he added, “Nekkid.”

Of course, the crowd erupted in laughter, much like we did watching the video, but then Blake apologized. He realized that there were some underage fans in the audience and that response may not have been appropriate. Heck, if a parent brings a child to a Blake Shelton show, then they probably know that anything can happen.

And that’s worth the price of a ticket, right?

Check out the rest of Blake’s answer in the video below: 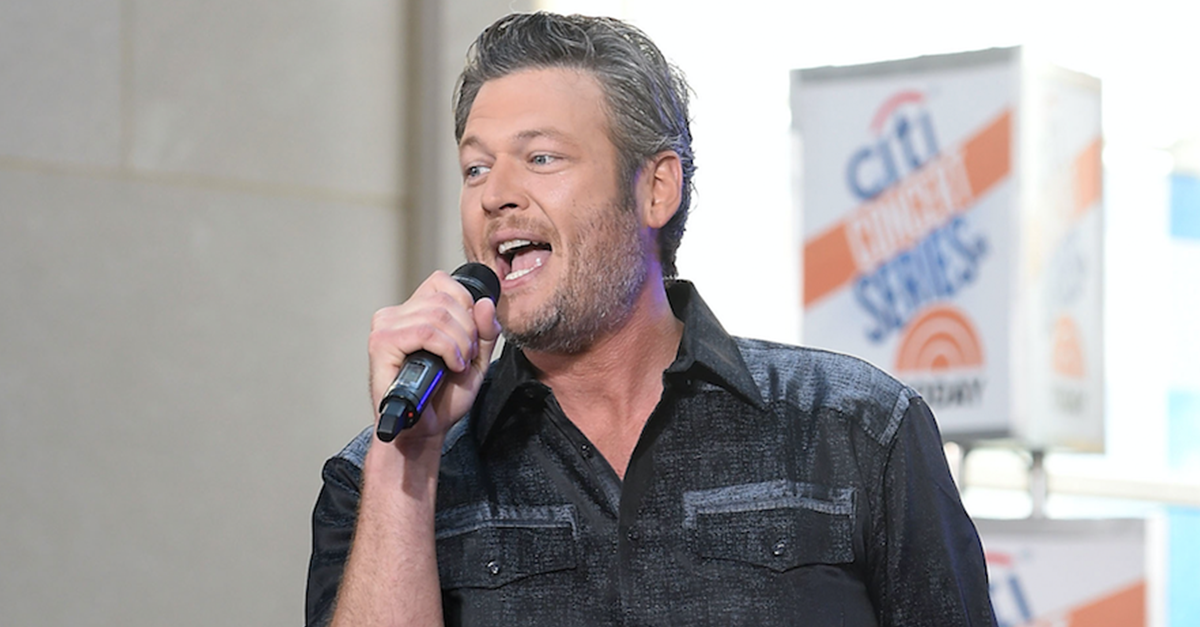