If anyone knows the term “only in America,” it’s Brooks & Dunn.

Even though their hit song was released as a single in June of 2001, once the attacks of 9/11 happened a few months later, it was immediately lumped in with the flag-waving, patriotic anthems being released around that time. Rather than try to explain it, Kix Brooks and Ronnie Dunn embraced it. In fact, they embraced it so much that the patriotism not only bled into the song, but it also bled into their live show.

As the guys continued performing it in concert, every chance they got they would feature a group of veterans, as they did in this performance from Farm Aid 2003. This crowd and others loved it as the servicemen and women stood at attention amidst the American anthem and jetting red, white and blue streamers.

Ironically, the song was never written with any military or patriotic tendencies. Instead, it was written more along the lines of how in America, anything can happen to anyone, including Brooks & Dunn.

When the duo appeared at the Chicago Windy City Lakeshake country music festival in mid-June 2016, they told “Rolling Stone” that the secret to their success wasn’t what they did or didn’t do throughout their career. In fact, Ronnie thinks it’s something neither of the guys could control even if they wanted to.

“I think it’s 80 percent luck,” Dunn insisted. “We started late, in terms of age, and to have it keep going… There is no secret. Lightning’s gonna strike if you’re there.”

“Both of us are pretty stubborn, too,” chimed in Brooks. “We never really celebrated. We were blessed with successes along the way, but from No. 1’s to awards shows we never sat around and went, ‘Wow, we did it!’ It made us nervous, like, ‘We gotta get to work here!'” 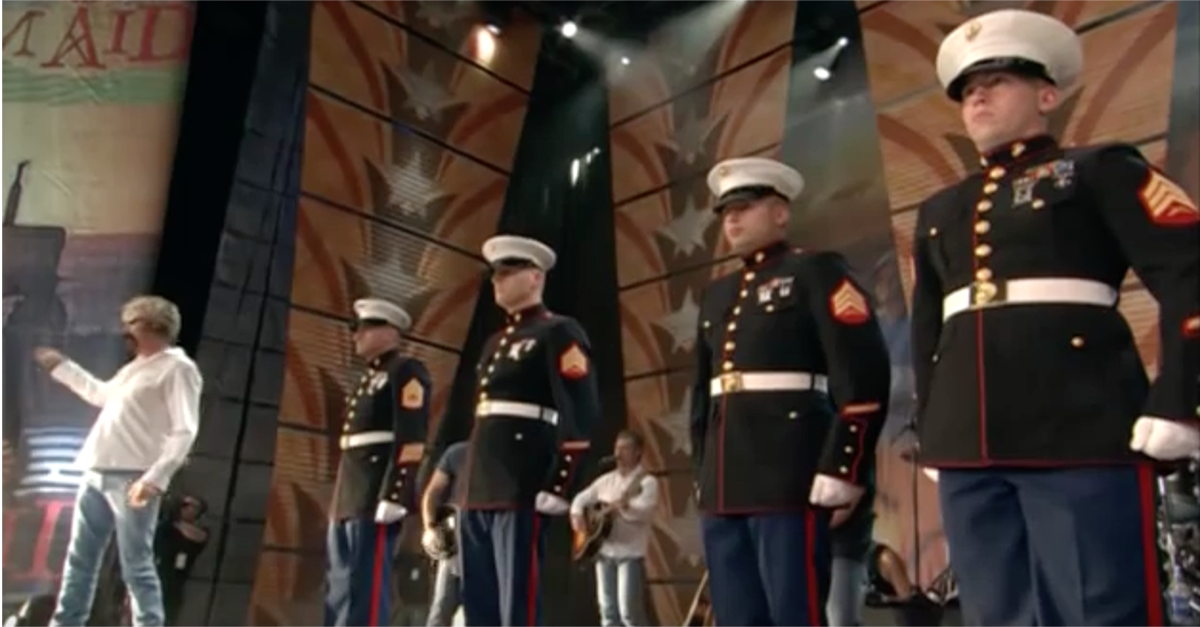