It’s bound to be a party when you put Chris Young and Cassadee Pope together in the same room!

The “Think of You” stars, who have become the best of friends on tour, share an undeniable chemistry. Not only do they finish each other’s sentences, but they also have plenty of stories to tell from their time together on the road.

One such story that has us giggling profusely is the debacle that the two friends experienced during a January 2016 show in Cleveland, Ohio. As it turns out, Cassadee and Chris shared a nightmare moment when the brunette beauty arrived late to the stage.

“The bus was parked far from the venue and it was the first weekend,” Cassadee explained to the Associated Press.“After I was done signing, I was like, ‘I think I have time to run to the bus and eat dinner.’”

But, poor Cassadee actually had no time to spare. In fact, Chris had already launched into “Think of You” in front of the packed crowd and didn’t even think that he’d need to track down his duet partner first. By the time Cassadee made it to the stage, he had already sung her part.

“I missed my verse, and it was terrifying,” said Cassadee, “I was mortified!”

She then added, “It was one of the worst things that ever happened to me! Honestly!”

Wiping tears of laughter from his eyes, Chris said, “It was just really funny because of how upset she was. I just kind of looked like an idiot, because I didn’t sing, and then I’m just kind of looking around and I’m like, ‘no one is here.’ So I started singing again, and she came out right after the second chorus.”

Cassadee’s tardiness may have made for one memorable mishap, but it’s not going to stop the friends from working together again. In fact, they’ve already tossed around the idea of recording another duet together in the future — although, there’s no indication as to what that duet might be.

The two will also be continuing their journey on the road, as Chris has extended the dates of his tour to the end of the year. Fellow country singers Dan + Shay and Dustin Lynch will join them on the trek.

And, from what we’ve gathered, Cassadee won’t be making the same mistake twice when she heads out with the boys. “Yes, always on time,” she apologetically quipped. 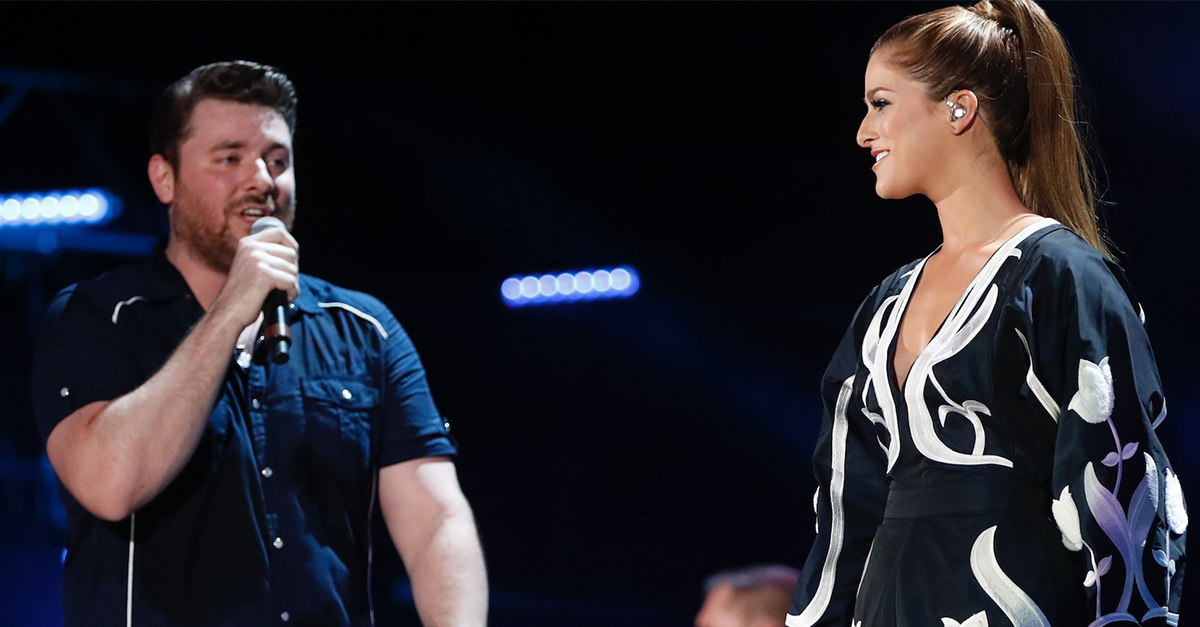