NASCAR and country music go hand in hand, so it shouldn’t be a surprise that two of the sport’s hottest drivers made an appearance at this year’s ACM Awards. What is interesting, though, is how they managed to get onstage.

The 2016 NASCAR Xfinity Series Most Popular Driver, Elliott Sadler, has a history with country music. The handsome Virginia boy, who drives for Dale Earnhardt Jr’s JR Motorsports team, is buddies with Blake Shelton, which has earned him a couple of pretty cool gigs. In 2002, he appeared as a prison guard in Blake’s video for “Ol’ Red” and in 2004, he demonstrated his speed and road rage as the in-a-hurry driver in “Some Beach.”

In a Rare Country exclusive, Elliott said, “I learned a lot about country music videos on those sets — good and bad. But I had a good teacher in Blake Shelton, and I’m so glad he let me be a part of that. And to watch them go to No. 1 was pretty cool. We are presenting ‘Best Video,’ so it’s neat because I’ve been a part of that before.”

Alabama native and the driver of Roush Fenway’s No. 6 Mustang, Bubba Wallace, hasn’t had the opportunity to appear in a country music video yet, but with movie star good looks, it could happen. He did just earn himself a spot in the upcoming movie “Cars 3,” where he provides the voice for, appropriately, Bubba Wheelhouse. Bubba admitted, “This is my first rodeo, no pun intended. I’m over here asking Elliott who are some of these people, who’s that, who’s he. I’m starting to get into it a little bit, but it’s definitely a lot of fun.”

RELATED: These NASCAR legends are the inspiration behind a major upcoming movie

Elliott and Bubba did a fine job presenting “Forever Country” with the Video of the Year trophy at this year’s ACM Awards. Fingers crossed we see them both in country music videos in the future. And good luck to both drivers this weekend as they lap the Texas Motor Speedway for the Cowboy 300. 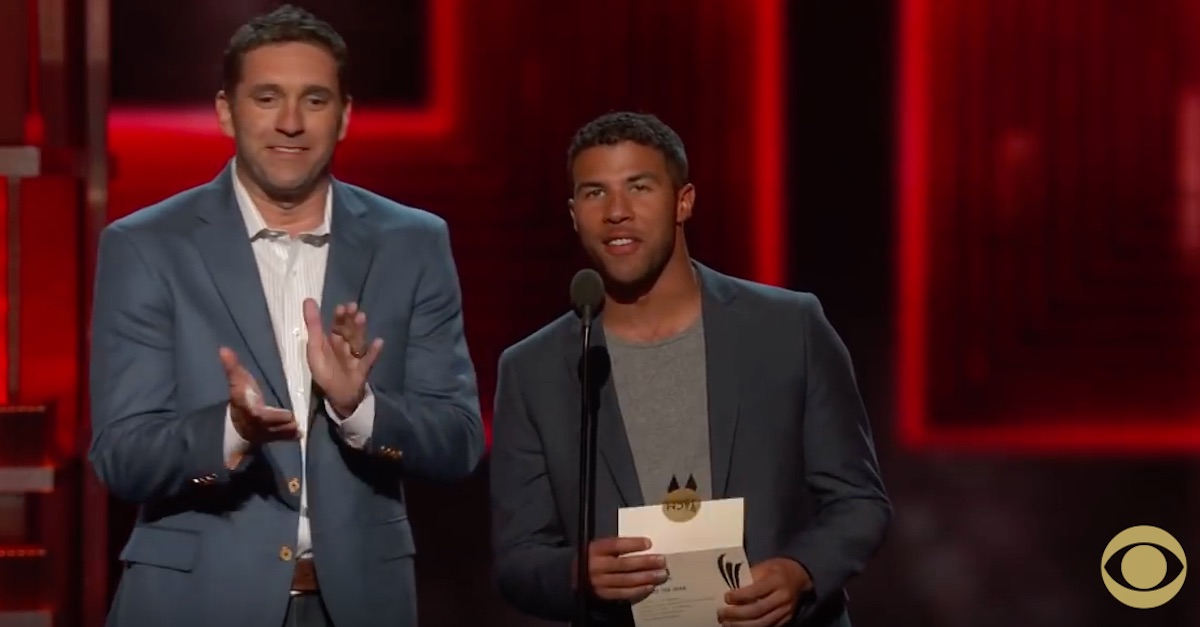