In a new post on his Facebook page, Chuck shares a breakdown of the accident that took place Feb. 27 involving his radio show co-hosts, Kelly Ford and Ty Bentli, and their producer, Glenn Johnson. The radio team was traveling to New Orleans where they were set to be Grand Marshals in one of the city’s Mardi Gras parades. Heavy rain caused standing water to form on the highway. The car they were traveling in hit a puddle and hydroplaned, rolling twice and landing in a ditch full of water.

Due to adrenaline, Chuck didn’t realize the severity of his injuries until he was already up and walking around. “Throughout the entire process I remember my neck just getting stiffer and stiffer and between the shock of everything and being soaking wet from rolling through the water-filled ditch, I couldn’t stop shaking. I told the paramedic I had neck and head pain and they immediately put me on the backboard/stretcher,” he writes. “As my head got stiffer through the ride and I knew everyone else was okay, I started to panic a bit…and honestly, I was scared.”

Chuck was rushed to a nearby emergency room and in addition to suffering cuts and bruises, it was also determined that he fractured his skull and cervical vertebrae.

“What does this mean,” he continues. “It means I’m lucky I’m alive and not paralyzed.” Chuck says he will be in a neck brace for about three months and will be enduring some discomfort for quite a while. He also optimistically states that he is hoping to be released on March 1.

RELATED: A much-loved country star has been seriously injured in a car accident

“Listen…bottom line,” he writes. “It’s gonna take some time to recover. This isn’t an ‘I’ll feel better in a week’ type of deal. But I’m extremely lucky. And I’m so glad that Ty, Kelly and Glenn are okay. So be safe out there. Don’t take anything for granted.” 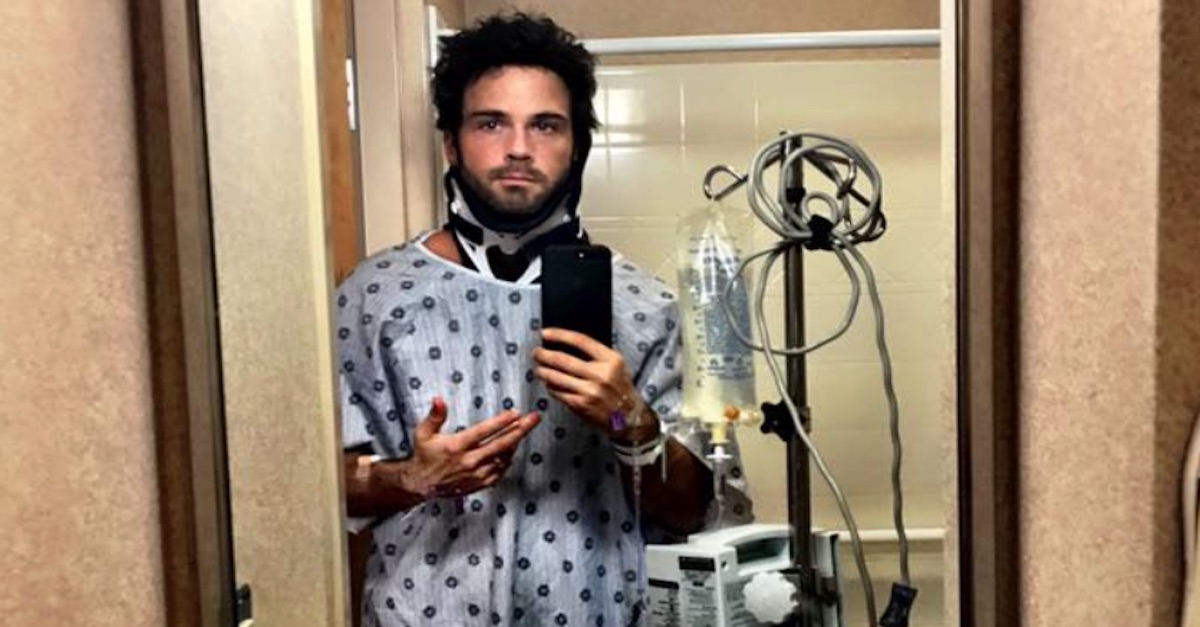