The families and fans of the hit Nash morning show “Ty, Kelly and Chuck” are breathing a sigh of relief  after the trio made up of country singer-songwriter Chuck Wicks and radio veterans Kelly Ford and Ty Bentli, along with their producer, Glenn Johnson, were involved in a single car accident while traveling to New Orleans for Mardi Gras.

The morning show hosts and their producer were making their way to The Big Easy in an extended road trip, stopping first in Columbus, Mississippi where they broadcast from their local Nash affiliate station. They then took one of the south’s famous ghost tours, visiting historic cemeteries in the city.

RELATED: This country star cancels shows as he faces a family crisis

On Feb. 27, the trio began the last leg of their journey into New Orleans when adverse weather set in, making the highway slick from rainfall and causing the vehicle they were traveling in to hydroplane and roll over near Hattiesburg, Mississippi. A photo that Kelly shared on her Instagram page showed that the car’s roof had been flattened in the accident. She writes, “We are all genuinely feeling lucky to be alive today,” and it is apparent why.

According to online broadcast publication “Jockline,” all of the passengers were transported by ambulance to a hospital in Hattiesburg. Ty, Kelly and Glenn were released, but “Stealing Cindrella” singer Chuck was being held overnight. No other details are available regarding his injuries.

RELATED: A much-loved country star has been seriously injured in a car accident

Still a couple of hours away from Nola, we are unsure if Ty, Kelly, Chuck and Glenn were able to continue to their destination with alternate transportation or if Chuck has even been released, but our thoughts are with them at this time, and we wish them a safe return to Nashville. 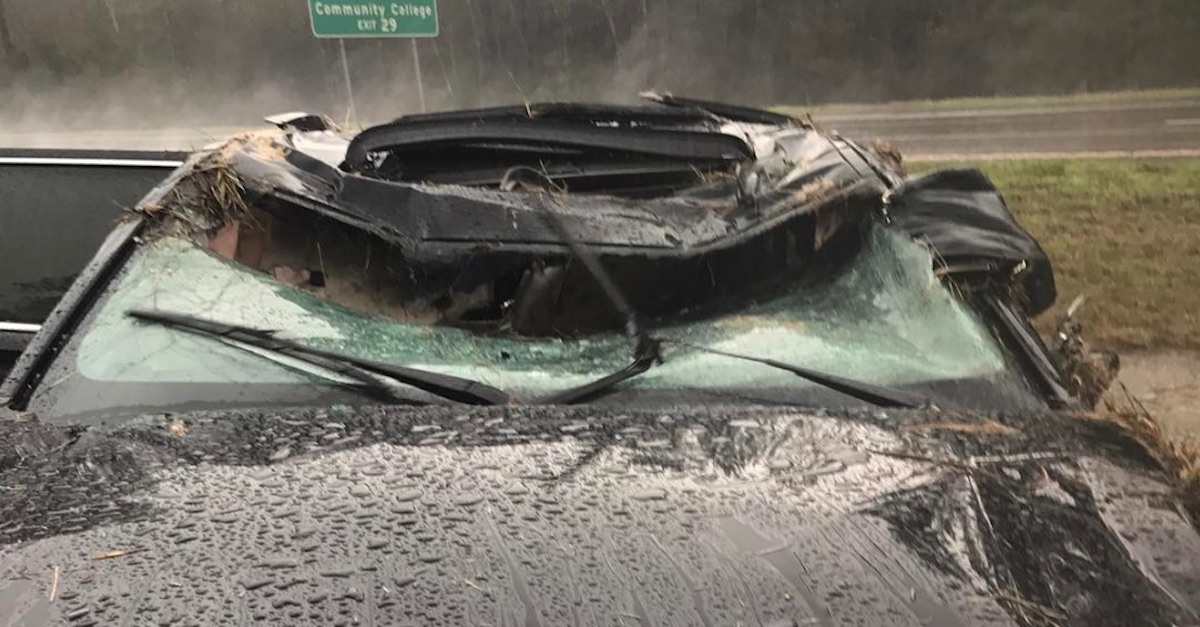