The 2017 NASCAR season had been relatively tame – that is until they showed up at Las Vegas Motor Speedway and everything seemed to hit the fan.

It started out when the two racers had contact out on the track on the last lap of the March 12 Kobalt 400. The rough bump caused Kyle to finish in 22nd place, while Joey went on to finish fourth. But, things got even nastier when Kyle got out of his car and strutted down pit row, looking to have a little talk with his fellow driver. Next thing you know, fists were flying.

And while NASCAR is currently looking into the situation as to what to do next, fellow driver Dale Earnhardt Jr. weighed in via his Twitter account on the evening of March 12 when a fan asked if he would ever go at another driver if he was put in Kyle’s shoes.

“Yep. When you are mad you do stuff like that. But no matter how justified/pissed you feel, maybe it’s best to do it off camera,” he tweeted.

Yep. When you are mad you do stuff like that. But no matter how justified/pissed you feel, maybe it's best to do it off camera. https://t.co/BVLga4AWBb

So, are you on Joey or Kyle’s side on this one? Head on over to the NASCAR.com Superstore to show your allegiance to the driver you are rooting for to win this battle. 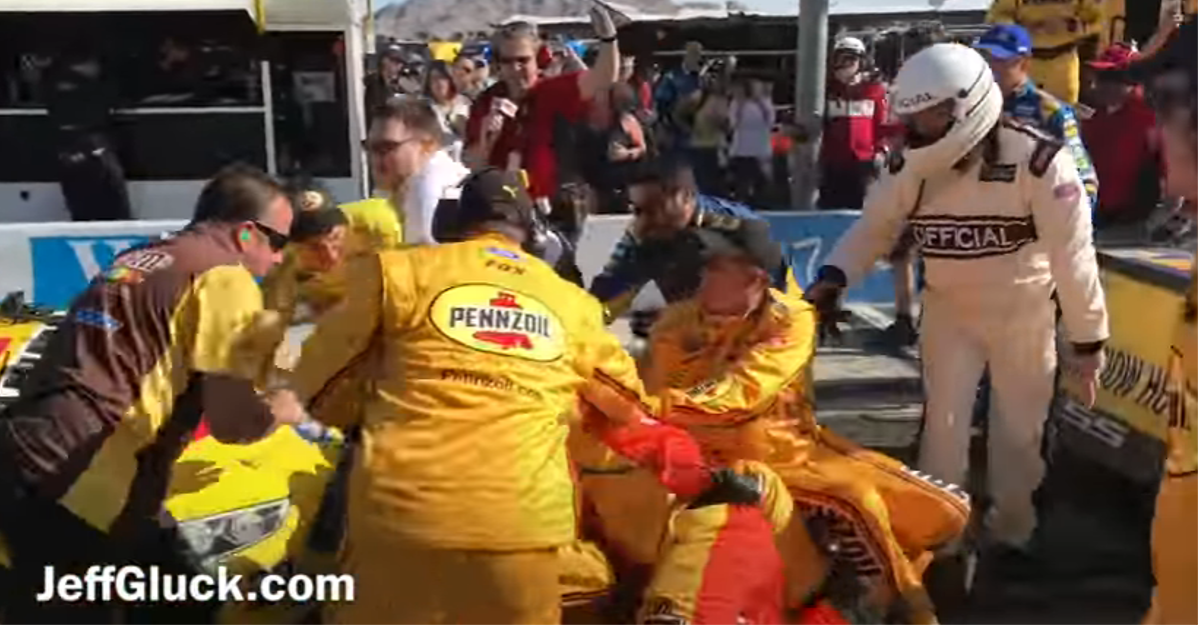