Just like nearly every NASCAR fan who witnessed the 2001 Daytona 500, Dale Earnhardt Jr. has learned to live without his father, Dale Earnhardt, in his life. But every once in a while, you can feel his dad’s presence in everything he does.

In a series of tweets on March 11, Dale Jr. shared a number of revealing pics of his dad. In one of the more heartfelt tweets, Dale Jr. shared a picture of his dad with that old, recognizable scowl on his face. “I remember that look,” he shared on Twitter. “I got $100 that says someone got their ass kicked or spun out later that day.”

I remember that look. I got $100 that says someone got their ass kicked or spun out later that day. https://t.co/zqt8t35RvQ

He also shared other personal pics of his father throughout the weekend. On March 11, he shared a pic of his father hanging out with some old friends and couldn’t help but mention his choice of attire.

Cal and his wife lived in our back yard during the racing seasons. Some short cut offs here. Hard to imagine that was the style. https://t.co/evdJGKUdKz

And, of course, Dale also lovingly shared pics of his dad bicycling, a sport that a spandex-wearing Dale Jr. has picked up in recent weeks thanks to friend and fellow racer Jimmie Johnson. “Cycling has been a part of our family for generations, as you see here,” he wrote.

Cycling has been a part of our family for generations, as you see here. pic.twitter.com/ykK8oQRAS5 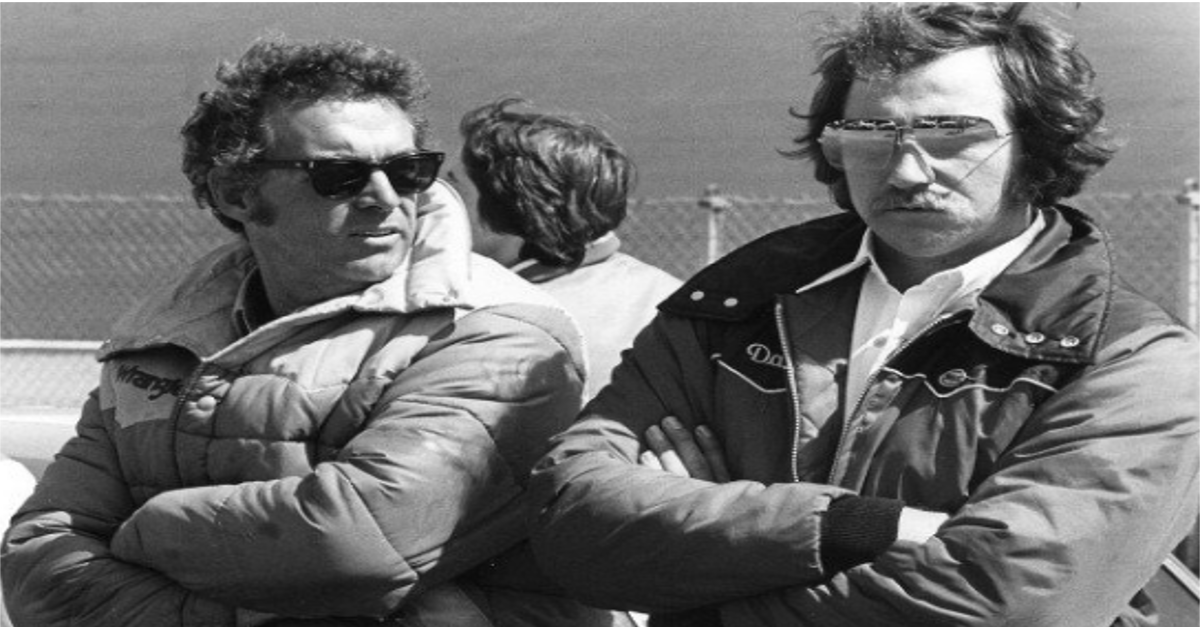