A pallor has been cast on what should be the biggest and most fun week in the bustling city of Houston.

The Houston Livestock Show and Rodeo kicked off its nearly three weeks of rodeo, concerts, carnival and exhibits on March 7. Hit country singer-songwriter Aaron Watson headlined the first night, when an accident following his show claimed one life.

According to the “Houston Chronicle,” a truck, driven by 43-year-old Gregory Charles, plowed into a car stopped at a traffic light near the rodeo grounds, pushing it into a charter bus used to transport rodeo and concert fans that was crossing the intersection. The driver of the car died at the scene.

The tragedy falls during what has been an amazing week of firsts for hot country sensation Aaron Watson. His newest album, “Vaquero,” debuted at No. 1 on on the multi-genre Billboard Independent Artist chart, nudging out Garth Brooks’ “The Ultimate Collection.” He was also squeezed out the country music superstar to come in at No. 2 on Billboard’s Country Albums chart and made his first appearance in the Top 10 of Billboard’s multi-genre Top 200 chart.

RELATED: There is something this country star wants you to know about his life and his journey

This was Aaron’s first time to appear on the main stage in the massive NRG Stadium at Rodeo Houston. Previous appearances have been post-show at the event’s popular Hideout stage where visitors have the advantage of a generous dance floor and ban’s, like Aaron, providing plenty of two-stepping tunes. Earlier this year, we asked Aaron about making the transition from the canvas dance hall of The Hideout to the stadium stage. He told us, “To get to headline Houston Rodeo, to kick it off, I could go on to sell billions of records, but this moment is always going to be one that is at the top of my list.”

No further details are known regarding bus passengers at this time. 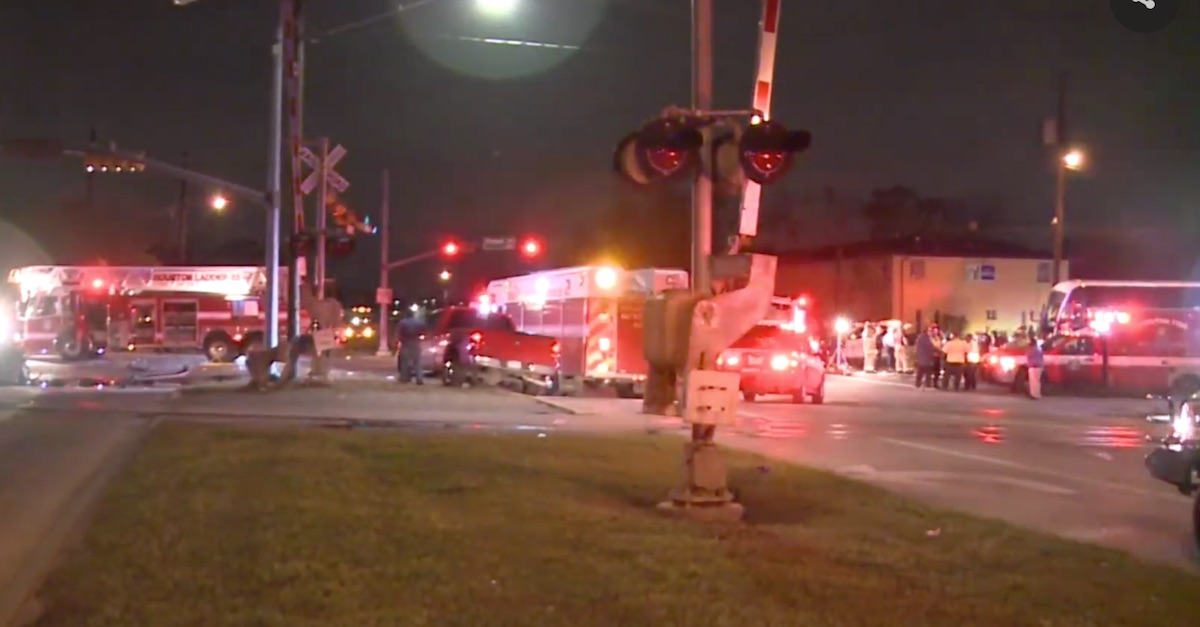