We’ve all had that awful dream where we show up at school or work with no clothes on. Dierks Bentley just acted that dream out for a hilarious new promo spot for the ACM Awards. Except for some blurry pixels on his privates, Dierks is up onstage totally naked hosting the the big show.

Keep having this reoccurring nightmare… #acmawardshttps://t.co/ENvEJH3X0x

Now, that takes some balls.

The funniest part are the reactions from George Strait, Wynonna Judd, Garth Brooks, Merle Haggard and Miranda Lambert as they either laugh or are shocked at Dierks in his birthday suit. That’s what you get when you have years of ACM Awards footage to play with to make the commercial.

If this sketch is any indication, we think Dierks is going to do just fine filling Blake Shelton’s shoes as Luke Bryan’s co-host at the ACM Awards. The show broadcasts live from Las Vegas Sunday, April 3 on CBS. 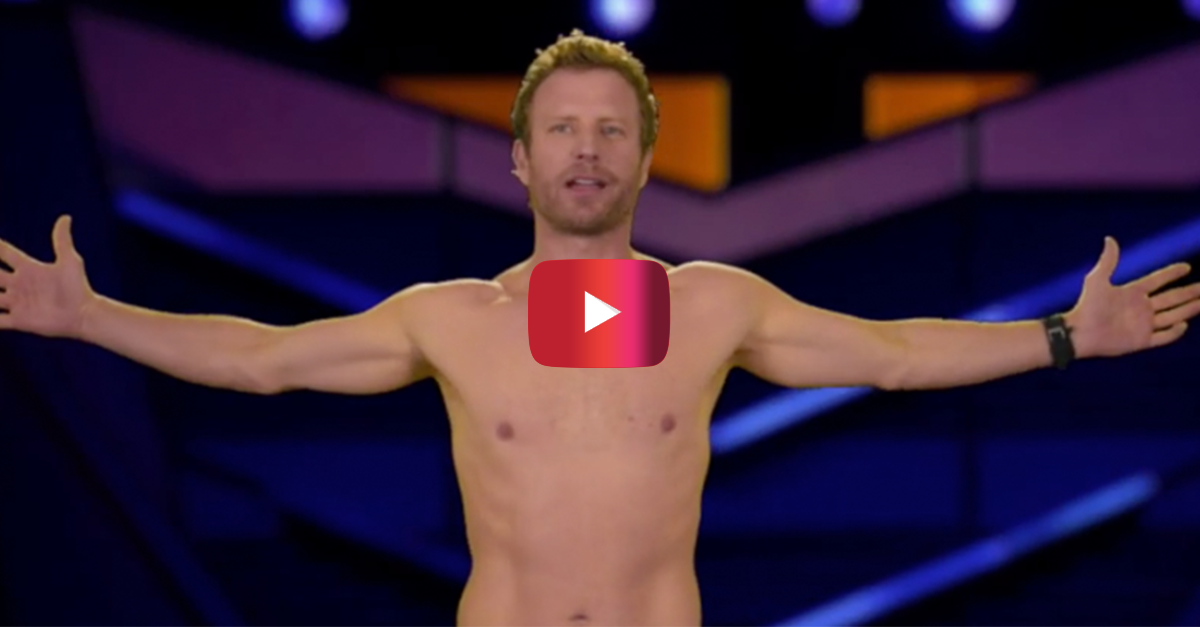