Way before Janet Jackson exposed her breast at the 2004 Super Bowl, Dolly Parton experienced a major “wardrobe malfunction” during the 1978 CMA Awards. That was the year she took the show’s top prize, Entertainer of the Year, and she came clean during the acceptance speech about ripping the front of her gown just moments before she took the stage.

Her parents were there as her dates for the night, and Dolly joked that her daddy told her, “That’s what I got for putting 50 pounds of mud in a five-pound bag.”

RELATED: Dolly Parton is turning one of her signature songs into an exciting faith-based TV series

Looking back on that moment, Dolly admits she’s always worn her clothes too tight. That particular dress was one she had custom-made by a designer in Hollywood.

“It was made out of a really beautiful fabric, but it was paper thin,” Dolly explains.

RELATED: Dolly Parton just revealed the surprising way she keeps her love with her hubby alive

Winning that Entertainer of the Year award sure did make Dolly feel good about herself, though.

She adds, “It made me feel like I was up there with the big boys.”

We’re hoping Dolly has a big role in the upcoming 50th Annual CMA Awards broadcast airing on ABC this November. 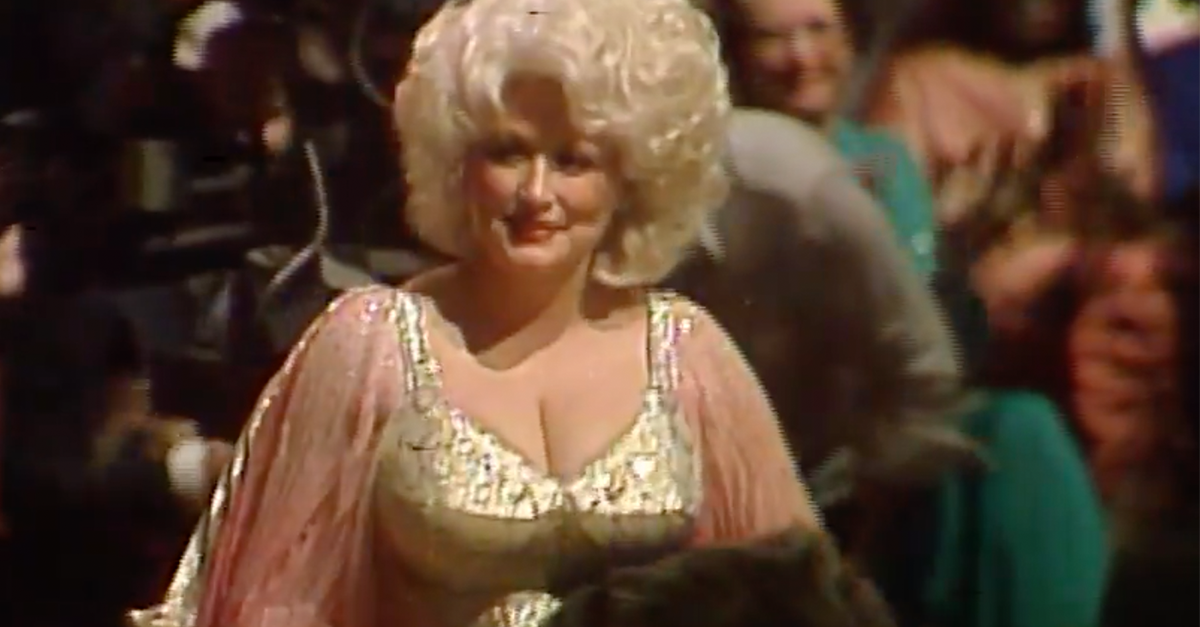