Usually it takes acts decades to earn a spot in the Country Music Hall of Fame, but Florida Georgia Line has made it in just five years.

Well, they’re not members of the Hall of Fame just yet, but their racing suits from the “May We All” video are now on display as part of the museum’s new American Currents exhibit. The new display features items from the past year in country music, and FGL’s Brian Kelley was floored to see himself included.

RELATED: We think one of these country superstars is expanding his family soon

He tells Rare Country, “It’s a dream come true. This is at the atop of the list for real. I don’t think it gets any better than the Country Music Hall of Fame. I think it’s a special honor. A lot of people, it takes a while to get in here, so we’re coming in kind of early with the Currents opportunity. It’s really, really humbling.”

The last time Brian was in the Country Music Hall of Fame and Museum, he was there just taking in all the exhibits with his family.

RELATED: Florida Georgia Line shows off the loves of their lives in romantic new video

He adds “I took my parents on a visit here during the holidays a couple years ago. I was just absolutely mesmerized by the good vibes here and all the history. It’s just amazing. We’ve just got to soak it up. To be back in here a couple years later and have our suits in here from an amazing day [filming the ‘May We All’ video] with Tim McGraw, it’s amazing. It feels really special.”

If you go see the new exhibit, you’ll notice there’s a lot of wear and tear on FGL’s racing suits. The video shoot was pretty intense with Brian actually dragging his duo partner, Tyler Hubbard, out of a burning race car for one scene.

Brian says with a smile, “I had to snatch him out. B.K. jaws of life got him. Saved the day.”

Miranda Lambert, Kelsea Ballerini, Chris Stapleton, Brett Eldredge, Jon Pardi and Randy Travis are among the other stars featured in the new American Currents exhibit, which is now open at the Country Music Hall of Fame and Museum in Nashville. 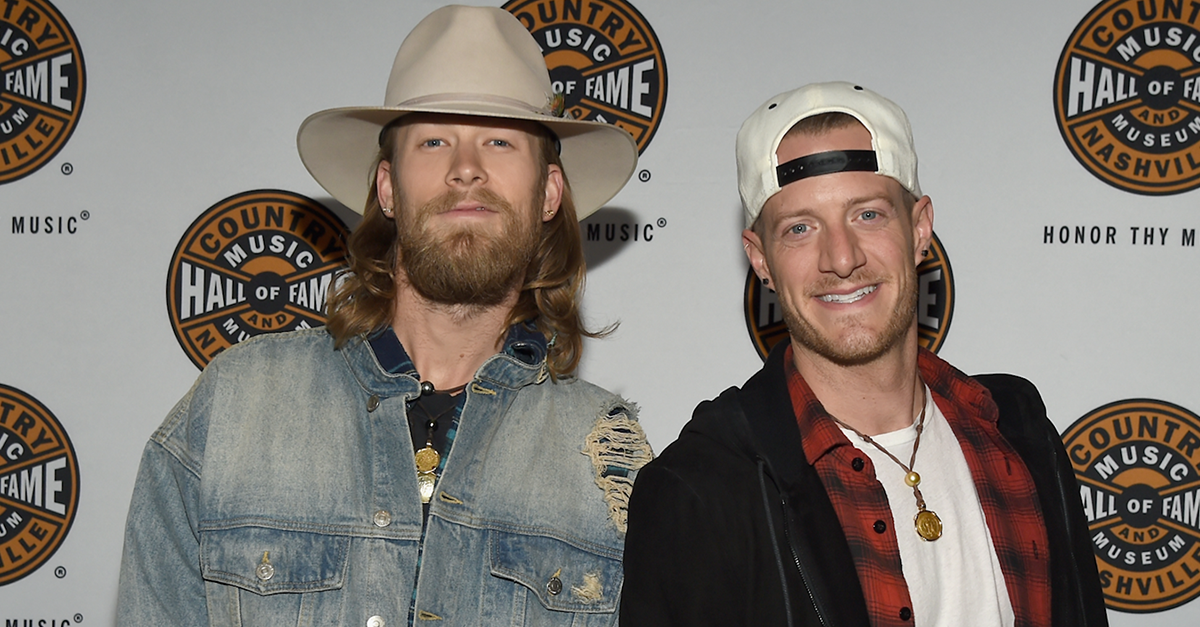