Country music is proving it’s a family affair lately. It seems a week doesn’t pass without an engagement or a baby announcement. We don’t mind, though. The way that the stars are sharing the big news with us is really fun. And hearing the way they share it with each other is hilarious and a bit poignant.

Thomas Rhett and wife Lauren are the most recent to announce they are expecting a baby girl in August. This happened after they had started the adoption process to bring home a sweet baby from Africa. We know that they were on a safari trip with Florida Georgia Line’s Tyler Hubbard and his wife, Hayley, when they found out. But we’ve just learned how Tyler found out before Thomas Rhett and it means that there may be more baby news soon.

RELATED: Thomas Rhett and Lauren reveal the gender of one of their babies in this sweet video

As we previously reported, Lauren had not been feeling well and Thomas encouraged her to take a pregnancy test. So, while Thomas went to the gym, his wife and Hayley both took tests.

Tyler tells “People,” “Both of our wives actually took a pregnancy test and I yelled to Lauren that we were pregnant, joking because we weren’t pregnant, and she said, ‘Yes, we are, too!’ I realized, ‘Oh my gosh, Lauren, I was just kidding.”

Obviously, Lauren felt bad that her handsome husband wasn’t the first to know. She tells People, “I wasn’t trying to be insensitive to my husband by doing the test without him. I was so sure I wasn’t pregnant.”

RELATED: Thomas Rhett reveals how he is already preparing for life on the road with babies

It hardly matters who found out first, as Thomas Rhett and Lauren focus on bringing one sweet baby home from Africa and nurturing a healthy pregnancy, too.

But, we’re now hoping for baby news from Tyler and Hayley. Fingers crossed! 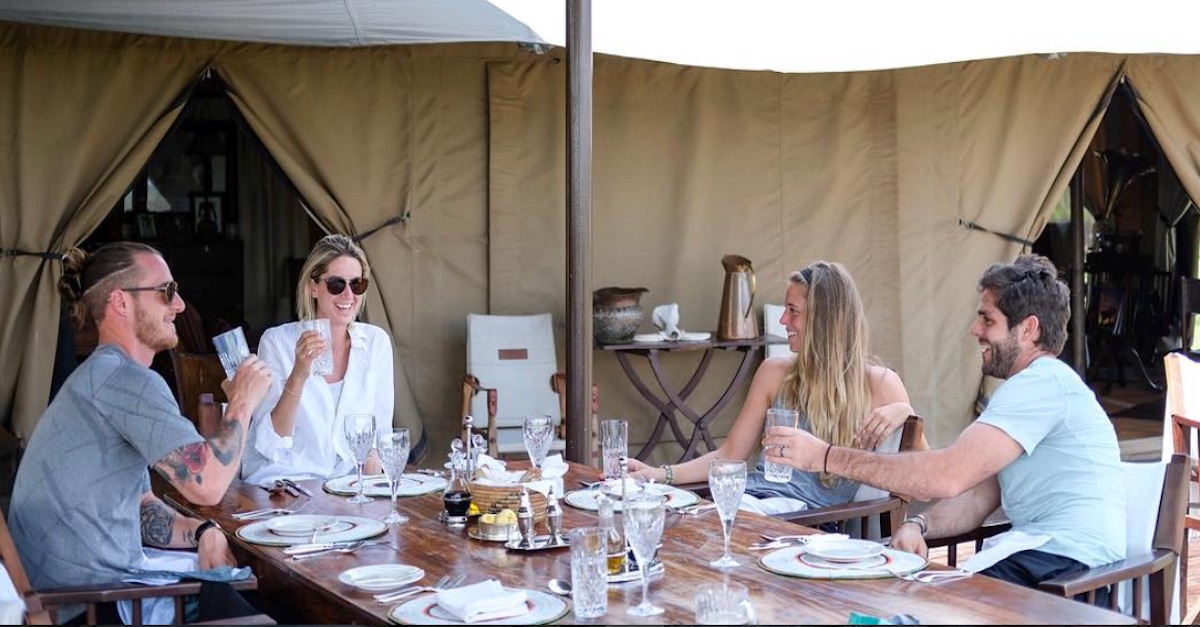