Anticipation had been building for a couple of weeks and finally, during his Mar. 6 “Inside Studio G” on Facebook Live, Garth Brooks aired the lost video for his 1992 single “We Shall Be Free.”

Before the video was broadcast, Garth explained that the piece had been created to celebrate the 10th anniversary of the song, but due to music industry clearances and approvals, it had never seen the light of day. As is the case with most things that are timeless, the anniversary video, which is now another 15 years older, is just as compelling as it was when it was originally created.

Celebrities Marlee Matlin, Jay Leno, Whoopi Goldberg and General Colin Powell, who were all in the original video for “We Shall Be Free,” returned for the anniversary tribute, along with Michael J. Fox, John Travolta, Al Gore and, of course, Trisha Yearwood. They share their thoughts on humanity, peace, love and spirituality between news clips from milestone events in world history.

As the lights came back up, Garth wiped away tears and said, “Very sweet. I like it. Time is a friend to all things good. That song just kind of… every day just gets more cool to me. If that’s egotistical, forgive me. I just love what it says.”

RELATED: This moment between Garth Brooks and Randy Travis is what country music is all about

He then presented a challenge to viewers — use the hashtag “We Shall Be Free.”

Now that we’re coming up on the 25th anniversary of “We Shall Be Free,” could Garth be collecting material for another anniversary video? So, pick your word and #WeShallBeFree. 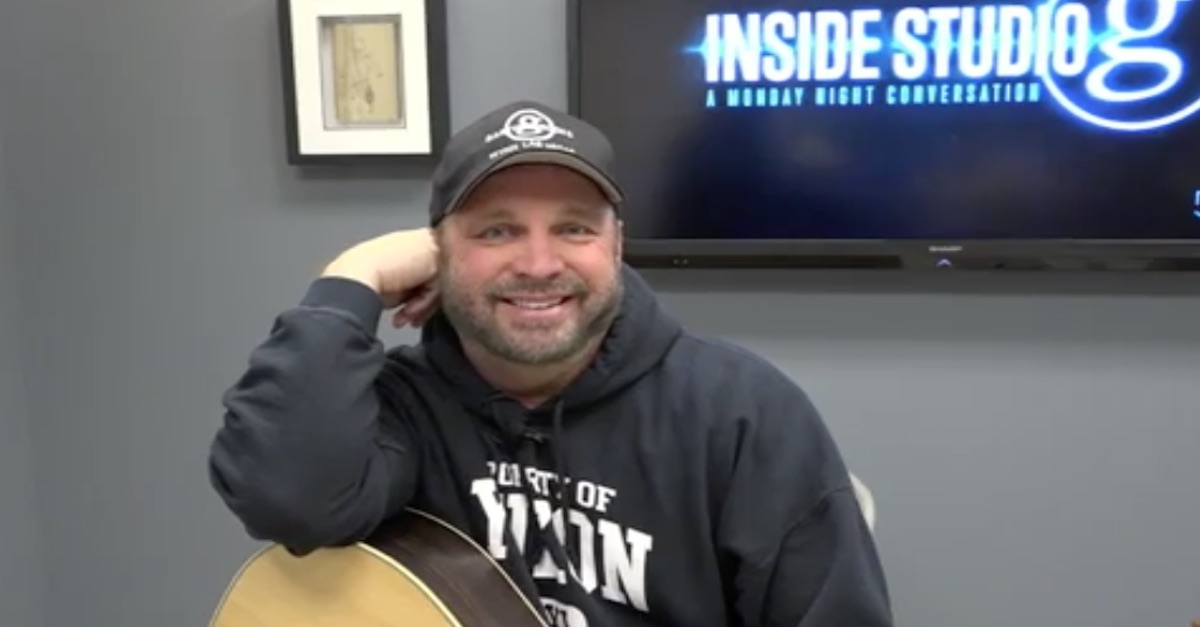