Now that the blind auditions are coming to a close on NBC’s “The Voice,” the coaches are feeling an added pressure to assemble their teams with top singers.

And, Blake Shelton proved that during the March 13 episode of the hit show.

It was then that the country music superstar decided to play dirty in order to score contestant Enid Ortiz for his team. Enid, 25, was belting out a gorgeous rendition of Adele’s “All I Ask.” As she crooned the ballad, Gwen Stefani whispered to Blake, “She deserves to be on [the show.]”

Despite Enid impressing the judges with her voice, no one seemed to want to turn their chair for her. However, that all changed at the very last second when Blake decided to quickly hit his red button,putting her on his team by default.

Talk about a sneaky move!

“Why are you doing that?” Gwen asked her beau in amazement, “Is that cheating — what you did?”

Adam Levine added, “Now that was a foul ball. That was the dirtiest thing I’ve ever seen.”

“That was dirty how I played,” Blake admitted upon hugging his new mentee, “but I got you.”

Watch Blake’s sneaky move in the video above! 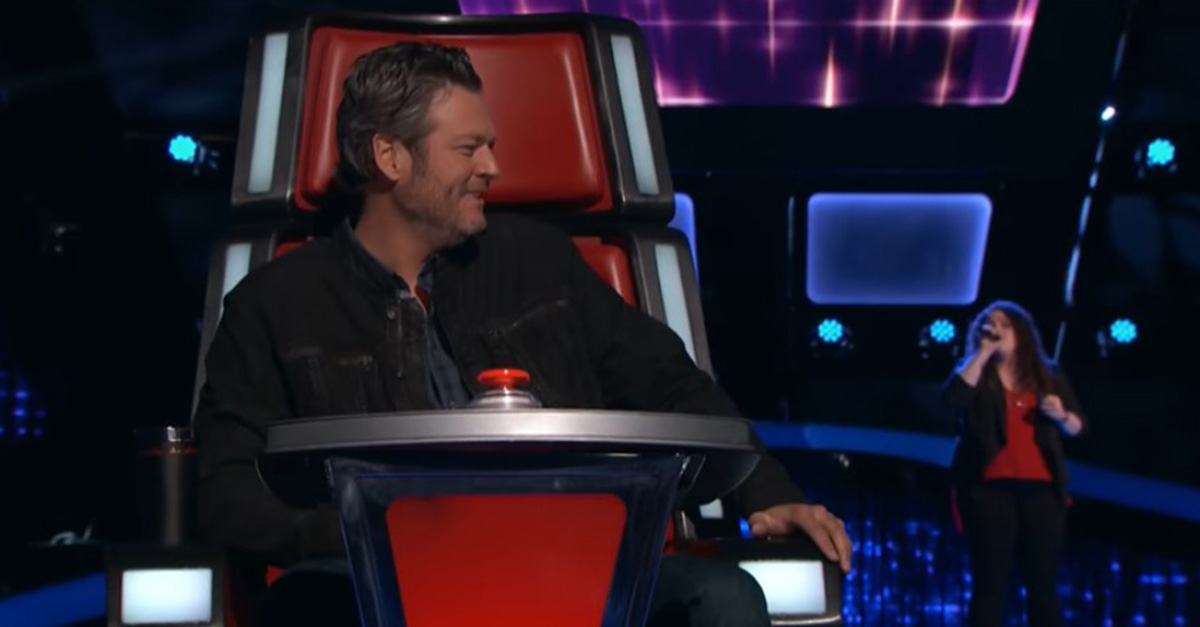