Superstar Gwen Stefani appeared on “The Tonight Show Starring Jimmy Fallon” on Feb. 15 to chat about returning as a coach on season 12 of “The Voice.”

But, the conversation took a turn when host Jimmy Fallon brought up her beau, Blake Shelton’s, first-ever trip to Disneyland. Fans may recall that Gwen took the country crooner to the Anaheim, California amusement park back in October ahead of their one-year anniversary.

“He’d never been to Disneyland! I was like, ‘Your life is not even complete yet. Like, what are you doing?’” Gwen recalled, “But we went and it was crazy. It was like a billion people there.”

Gwen recalled that the loving pair visited both Disneyland and Disney’s California Adventure. Even though they enjoyed small attractions like Alice in Wonderland, It’s a Small World and Matterhorn Bobsleds, Blake refused to ride the rip-roaring thrill ride known as Space Mountain.

“He won’t do the roller coasters,” Gwen revealed, “That was almost a deal breaker for me. I was like, ‘I don’t know.’”

However, Gwen reasoned out the issue saying that her 6-foot-5-inch boyfriend has difficulty fitting in the rides.

“He doesn’t fit into anything,” she admitted, “So we did go on Matterhorn. He did that one, but he barely fit inside the little thing. Like his knees were up [the whole time.]

Although the couple visited the “Happiest Place on Earth,” it’s not the only site that brings them joy. The two will soon reunite on “The Voice,” and Gwen says she’s very excited.

“I’m so happy!” she gushed. “It is so inspiring, because the whole thing is just music. Either you’re looking for a song to give to your team, or you’re watching someone perform, or your hearing a voice. I love being there.” 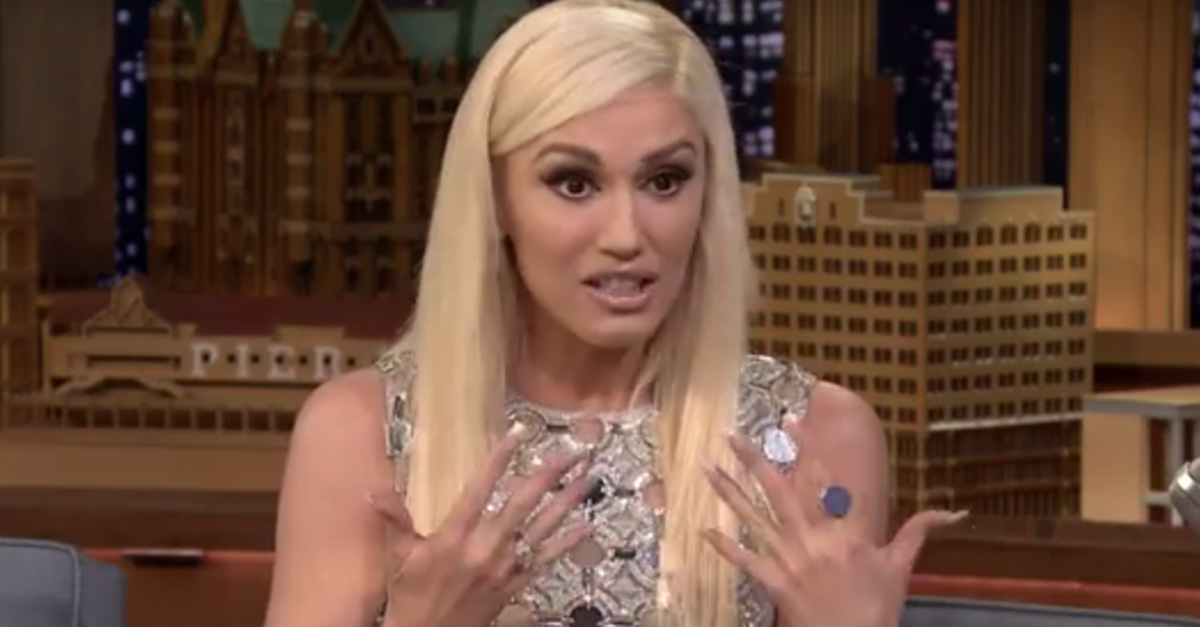