Country music singer Blake Shelton and his rock star girlfriend Gwen Stefani have a natural chemistry when it comes to being both on and off the stage.

And, anytime that they team up together to sing their co-written duet, “Go Ahead and Break My Heart,” it’s so special!

While appearing on “Late Night with Seth Meyers” on Feb. 21, Gwen opened up about how much she appreciates and enjoys performing the single in concert alongside her beau. And, it’s clear that she still can’t believe it’s real when she’s crooning next to her love.

“It’s been incredible,” says Gwen, “we get to hop on each other’s stages, and I can be at one of his country shows and come up and sing that song. Then he comes onto my stage, which is just so bizarre. He comes out there and it’s like, ‘What are you doing here? Who are you?’ But, it’s been amazing, just cross pollination of music. It’s pretty special.”

Fans may remember the story behind the couple’s heartfelt duet in which Blake wrote the first half of the lyrics before asking Gwen to finish the tune.

“It was really weird, because we actually hadn’t been hanging out that long at that point at all,” Gwen recalled, “and we had one of those, ‘Maybe this is a terrible idea, what are we doing’ [kind of moments.] It was almost like we weren’t even together, but we were breaking up at the same time. It was like scary.”

RELATED: Watch as Blake Shelton and Gwen Stefani turn up the heat on the Billboard Music Awards

These days, though, Gwen and Blake have nothing to fear, as they’ve been going strong for more than a year now! The two, who became romantically involved on the set of “The Voice” following devastating splits with their respective exes, will reunite on the sing-off show as coaches for season 12! 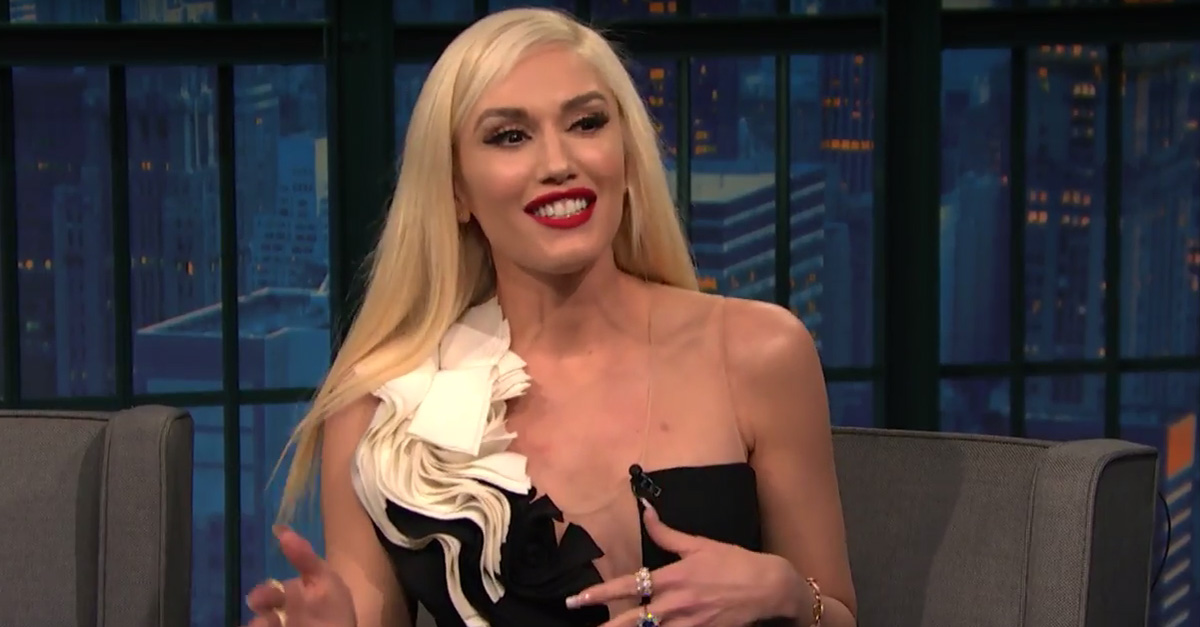