When Joanie “Chyna” Laurer passed away in April 2016, rumors swirled as to what could have happened to the legendary wrestler. And her final voicemail adds to that mystery.

Granted, in the days that followed, fans found out that an accidental drug overdose ultimately ended her life. However, her somewhat upbeat demeanor in a final voicemail she left for her documentarian, Erik Angra, and released by People Magazine has certainly shocked some of her fans.

RELATED: The sad demise of a wrestling great’s life is caught on video

During the message, she even discussed the possibility of going into rehab near her home in California. “I go for two weeks and drink cucumber juice and whatever, and swim around,” she said. “I can get a therapy doggy the right way.”

And at a time where she might have been hurting, she also demonstrated her compassion in this final message. “I want to make sure you’re OK, and I’m here,” she told Erik, who plans to release the documentary “Wrestling with Chyna” later this fall.

“That voicemail, when I heard it, I was very excited,” Erik said in a People Magazine interview. “She, for the first time, admitted she had a problem… Sadly, that was the last time anybody heard from her. Her entire life she was searching to feel loved and feminine and beautiful. She was one of the strongest women physically and emotionally in the sports world for the last 20, 30 years.” 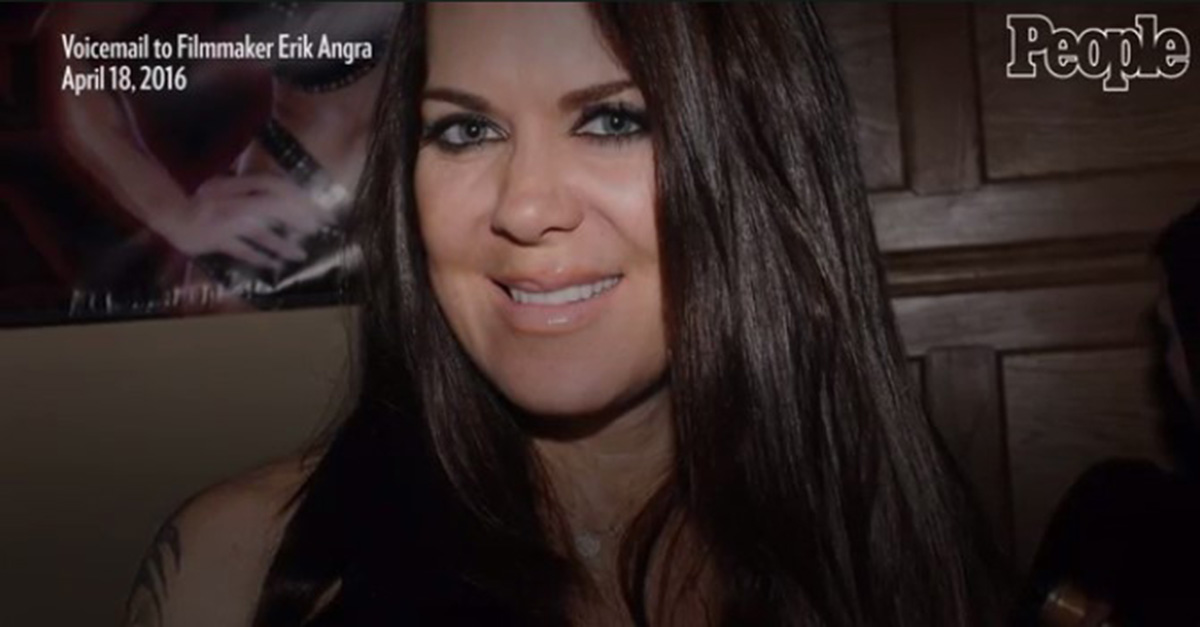