Menu
Follow us
Search
Menu
Search
Dolly Parton performs on the main Pyramid stage at Glastonbury music festival, England, Sunday, June 29, 2014. More than 175,000 are expected to have arrived at Worthy Farm in Pilton to watch hundreds of acts amongst headliners, Arcade Fire, Metallica and Kasabian.(Photo by Joel Ryan/Invision/AP)

Some songs are so well written that they stand the test of time. Take for example, Dolly Parton’s country classic “I Will Always Love You” off of her “Jolene” album.

The legendary icon has been known to call the tune “the gift that keeps on giving.” And, that statement rings true.

RELATED: Dolly Parton opens up about the past struggles she’s been through

In fact, “I Will Always Love You” has topped the charts on multiple occasions. It first climbed to the No. 1 spot after its release in 1973. Then, it shot up again a decade later after being used in the 1982 film “The Best Little Whore House in Texas.” Following that success, Dolly and Vince Gill turned the heartfelt ballad into a duet, which resulted in it becoming a Top 10 hit. And, in the ‘90s, Whitney Houston brought it back to the top in the movie “The Bodyguard.”

Now, “I Will Always Love You” is reaching a new generation of country music fans all over with its inclusion in the star-studded single that’s been dubbed “Forever Country.”

With the song’s ability to stay fresh, fans may be wondering just how it transpired. Turns out, Dolly penned “I Will Always Love You” as a way to say goodbye to her longtime friend and mentor Porter Wagoner. In an interview featured in The Tennessean, Dolly recalls the days when she and Porter worked together on the set of “The Porter Wagoner Show.” After seven years, Dolly says that she was ready to make a change.

“I learned so many things from Porter. We had one of those relationships where we were just so passionate about what we did; it was like fire and ice. We kind of butted heads all the time, but we loved each other. There was a great passion there,” said Dolly. “I wanted to leave the show. I had told Porter that I would stay with the show for five years. I wanted to go out on my own.”

She continued, “Finally, I thought, ‘How am I going to make him understand how much I appreciate everything, but that I have to go? He won’t listen to me. He’s not listening to reason when I want to go!'”

RELATED: Dolly Parton eats what she wants and still fits in her “tight-ass clothes”

That’s when Dolly came up with the bright idea to express her feelings into a musical message on a sheet of paper. And, the magic of “I Will Always Love You” happened!

“I sat down and I wrote this song,” Dolly explained, “I took it back to the office the next day. I said, ‘Porter, sit down. I’ve written something that I think you need to hear.’”

Then, emotion began to fill the room, as Dolly serenaded Porter with what has now become one of the biggest songs in the history of country music.

“He started crying,” said Dolly, “When I finished he said, ‘Well, hell. If you feel that strong about it just go on provided I get to produce that record, because that’s the best song you ever wrote.’” 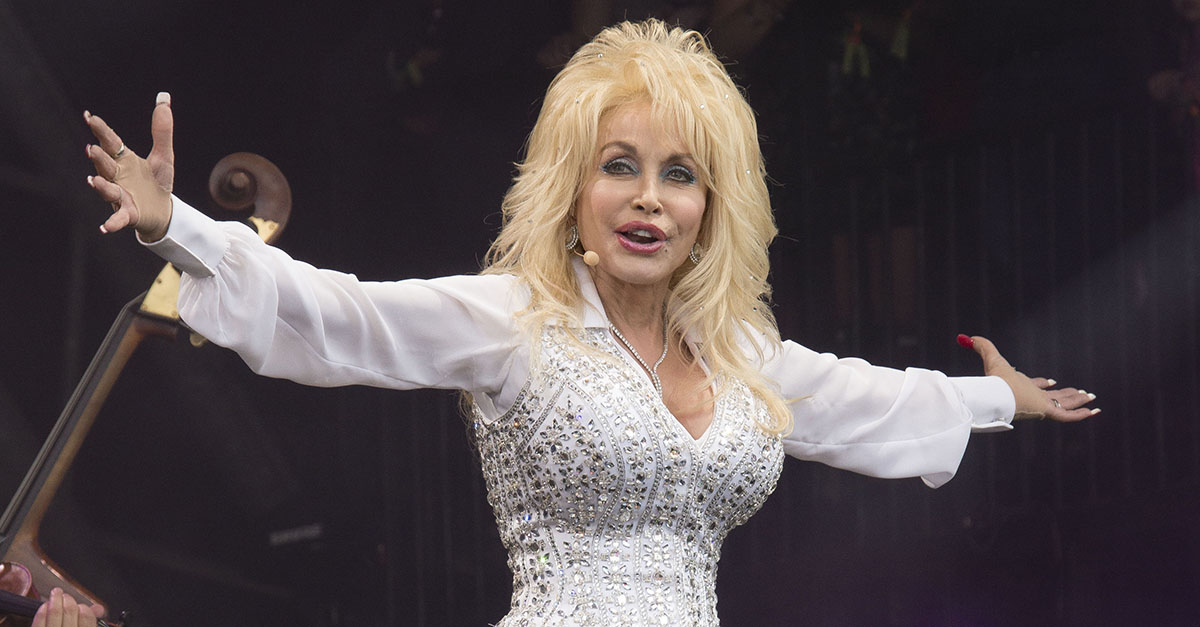