Kiefer Sutherland is one of Hollywood’s top actors with his role as Jack Bauer on “24” etched in the minds of millions of Americans. His new series, “Designated Survivor” on ABC, casts him as a lowly cabinet member who becomes president after a terrorist attacks wipes out most of the administration.

As much range as those roles demand, Kiefer’s greatest part may be playing a guy who’s found a love interest on his song “I’ll Do Anything.”

RELATED: With this new single, actor Kiefer Sutherland makes the jump from Hollywood to country

In case you didn’t know, Kiefer moonlights as a country singer with his debut album, “Down in a Hole,” now available. On “I’ll Do Anything,” Kiefer sings about finding a girl with whom he wants to spend his life. That couldn’t be further from the truth of Kiefer’s life right now.

In this clip, premiering exclusively on Rare Country, Kiefer confesses, “I’m the loneliest cat on the planet.”

He continues, “For as much as I’ve wanted to be in a relationship, and haven’t been for awhile, I wanted to write a love song.”

RELATED: Do these famous Hollywood actors have what it takes to be country stars?

That may explain why Kiefer wrote the song from the perspective of a guy offering his heart to a woman he loves. That kind of attraction came out of the blue, according to Kiefer.

He says, “‘I’ll Do Anything’ is really about the people all around you that you’re in love with and you don’t even realize it.”

This song obviously brings up an emotion Kiefer has felt before, and he thinks that’s the ultimate test of whether or not you can communicate a song, or an acting role, with an audience. 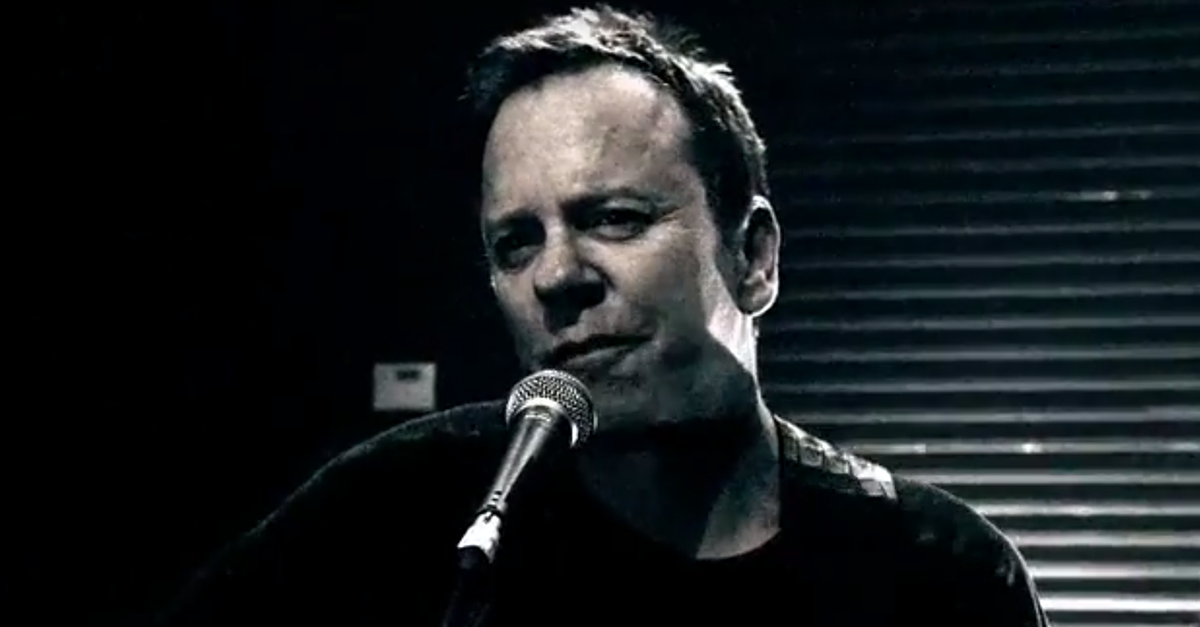