Gender reveals have become one of the most fun aspects of a couple expecting a child and there have been all kinds of fun and interesting ways to do it. When country star Lee Brice and wife Sara decided it was time to find out what their third baby would be, they decided to get their two sons, Takoda and Ryker, involved.

In a new Instagram video released on January 24, Lee and Sara present the boys with yummy chocolate cupcakes. After telling them to take big bites…really big bites…they explain that if the inside of the cupcake is pink, it will be a girl and if it is blue, it will be a boy. Both Sara and Takoda speculate that the cupcake will reveal that it is a girl.

After Daddy Lee careful instructs his oldest son to take it at baby brother’s pace so they can find out at the same time, there is a countdown: “One, two, three….”

Eight-year-old Takoda was the first to get to the center of the cupcake to discover he would have a baby sister while Ryker was much more interested in the buttercream than his future sibling, but then again, he’s three.

RELATED: A country star and his fiancée share some sweet news about their first baby

The newest member of the Brice family is expected to make her debut this summer. 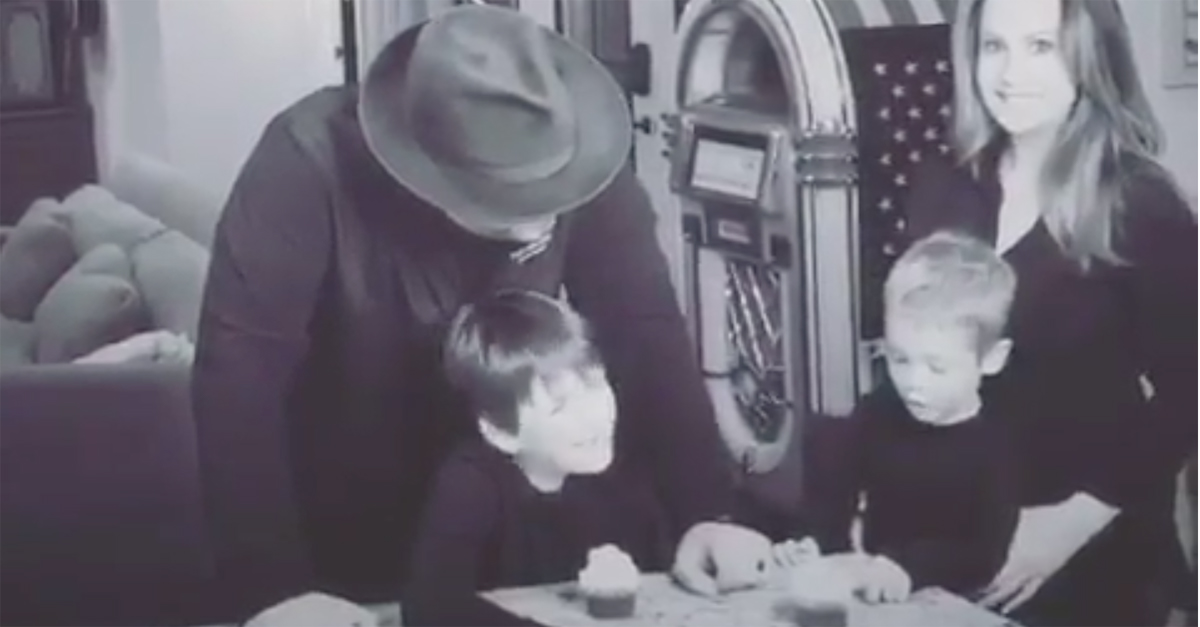