It was one of his toughest crowds, and Dierks Bentley knew it. When he took the stage at the Ryman Auditorium on Feb. 23 in front of an industry audience of country radio stations, programmers, directors and talent, Dierks knew that enthusiasm wouldn’t be the same as it is on one of his What The Hell World Tour stops.

It isn’t that they don’t love him — because they do. This crowd was in Nashville for Country Radio Seminar and after two days of panels, seminars, wining, dining and showcases, they were already starting to show the strain and scars of working around the clock.

RELATED: Sam Hunt takes a break from wedding planning for this sexy performance

So, the challenge for Dierks was how to get this exhausted crowd excited and on their feet for his performance at the Universal Music Group luncheon. Now, also featured in the show were his label-mates Luke Bryan, Darius Rucker, Jon Pardi, Lauren Alaina, Lady Antebellum, Vince Gill, Billy Currington, Easton Corbin, Kip Moore, Josh Turner, Sam Hunt, Keith Urban and Chris Stapleton, so Dierks also wanted a performance that made him stand out.

Dierks greeted the crowd and then explained, “I’m doing a song I wrote about my late dog, Jake. Maybe I can get the sympathy standing ovation.” He then launched into a tender performance of “Can’t Be Replaced.”

And guess what? The crowd hit their feet.

RELATED: Watch Dierks Bentley wow a sold-out crowd with a duet partner no one saw coming

Dierks didn’t have much time to hang out and thank everyone personally for their support of the sweet song from his album “Black.” Not long after he strummed the last note and packed up his guitar, he grabbed tourmate Jon Pardi and gave him a quick flying lesson as they headed to Columbus, Gerogia for their next show. 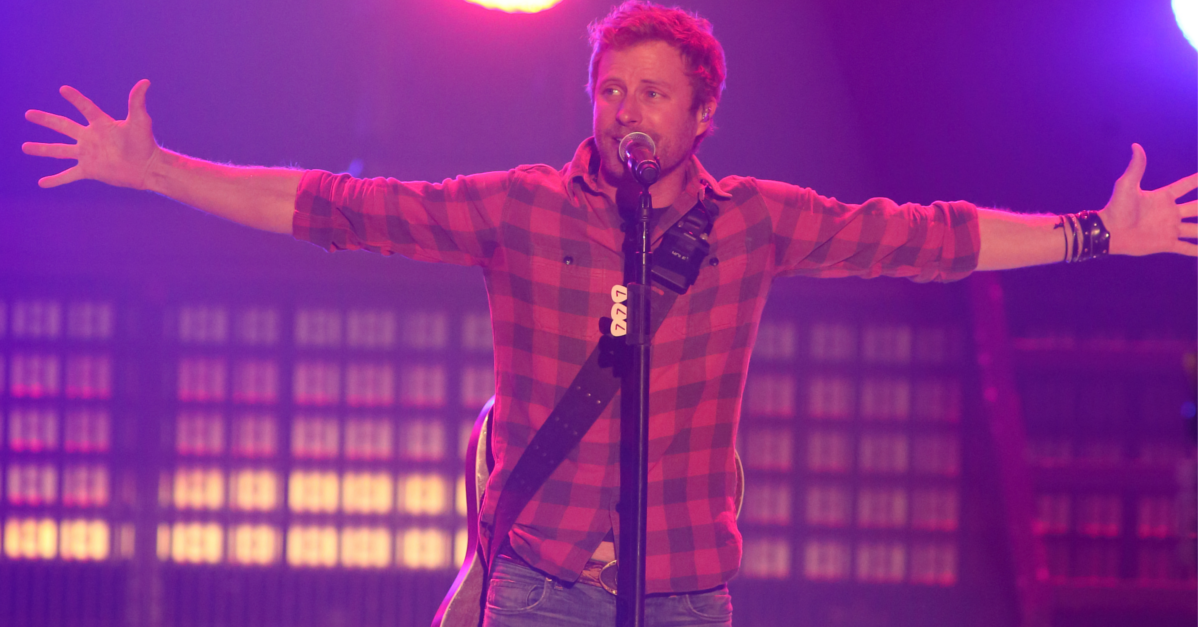