Let’s face it. Unless they’re on a reality show, most celebrity couples don’t divulge as near as many intimate details on their relationship as we’re curious about. And sometimes it seems that they might sugarcoat those details to make things sweeter than they actually are.

It got real and revealing, though, when Jason Aldean and his stunning wife, Brittany, did a YouTube Q&A on Feb. 17. We aren’t sure when the fans submitted the battery of questions that the couple answered, but they had a long list of them, and they weren’t afraid to get up close and personal.

RELATED: Jason Aldean shows his love for wife Brittany Kerr with the date of her dreams

In fact, they went in head first with a question that they must get asked a lot — will they have any babies! Jason didn’t hesitate to say, “We’re working on it,” but then he added, “I like working on it.”

They also addressed another question they are asked quite frequently — would they do a reality show. As funny as their front seat karaoke video series is, both Brittany and Jason aren’t thrilled with the idea of opening up their lives to television cameras. Brittany answered first saying, “It would just be hard to have all the cameras around all the time. And they would catch us when we argue, which would be interesting.” But Jason was quick to clarify, “That’s not a lot, though.”

Shortly after that we got to witness a mini argument when they were asked about nagging. Turns out, Jason is a clutter bug. “He has a pile, right by the door,” Brittany said of his hat, keys and phone that he drops as soon as he walks into the house. When Jason pointed out that his wife does the same thing, a tiny little spat broke out.

But, it was still adorable.

RELATED: Jason Aldean and wife Brittany do some front seat karaoke you have to see to believe

It wasn’t all sweet, though. When asked what their biggest argument was about, Brittany quickly answered, “Hunting, for sure.” However, when asked what their pet peeves were with each other, Jason dodged the question and moved onto inquiries that might provide a more peaceful reply.

Of course, there were plenty of just fun and innocent questions that told us what some of their musical and junk food guilty pleasures are, but Brittany told her handsome hubs, “They want juicy stuff though. We need juicy.” And they did get a little PG-rated juicy. They talked about snuggling in bed and Brittany’s relationship with Jason’s daughters, but it got hilarious when they shared their most embarrassing moments.

Check out the video for the entire fun interview. And thanks to Jason and Brittany for allowing us this insight into their lives. 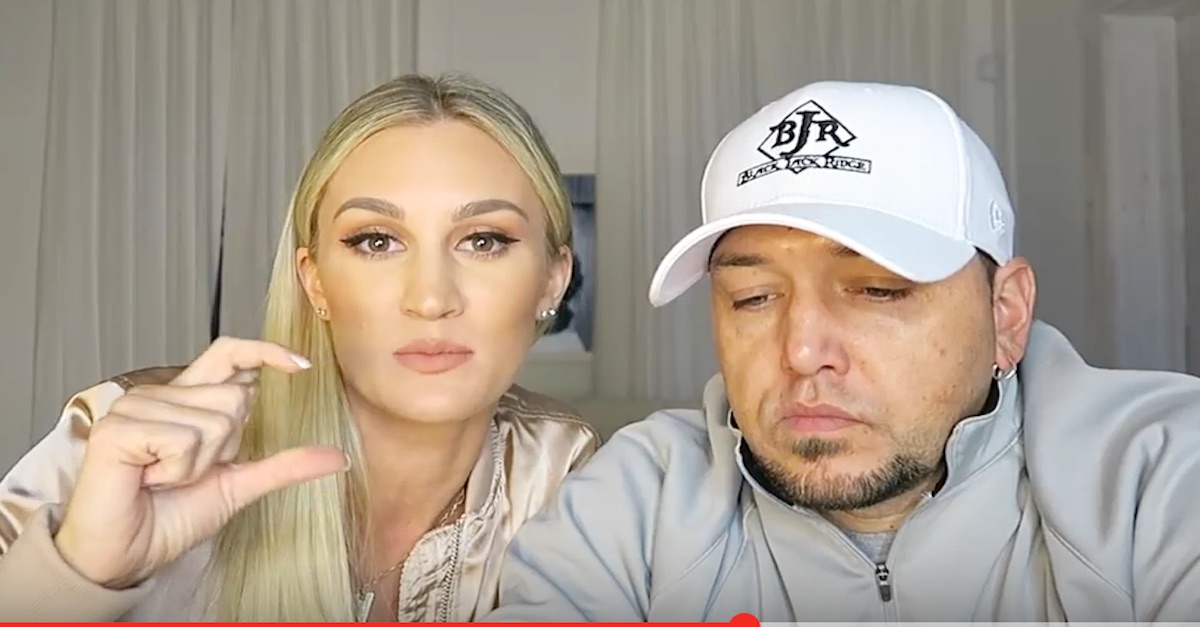