Jason Aldean knows what it’s like to raise a baby, and now he feels like he’s doing it all over again with his adorable new French bulldog puppy, Boss.

During a recent interview with Chicago radio station US 99.5, Jason said, “I told my wife [Brittany], this is like having a kid again. He’s not potty trained yet. I let him out for 10 minutes, and he pees in the floor.”

RELATED: Jason Aldean’s wife opens up about the time her husband made her cry

Jason doesn’t have to worry about cleaning up after Boss and their two other dogs, Bentley and Mia, since he and Brittany live on 130 acres just south of Nashville.

“We’ve got all the room they need to run around,” Jason added in the interview.

RELATED: Jason Aldean and his baby girl are adorable at this daddy-daughter dance

Jason is also making sure the older dogs start to accept their new little brother. Mia, the Pomeranian, and Bentley, the older English bulldog, are really close, so they aren’t so sure about the puppy yet.

“The English bulldog is a big one. If we’re not careful, he’ll snap at [Boss],” Jason continued. “I have to make sure he doesn’t get too close to [the puppy]. I have to put him up, and let the little one run around a little while. But he gets held a lot right now. ”

Next up for Jason, he’s headed to Las Vegas for the ACM Awards coming up April 2 on CBS. Jason is the reigning ACM Entertainer of the Year, and he’s hoping for a repeat win in that category. 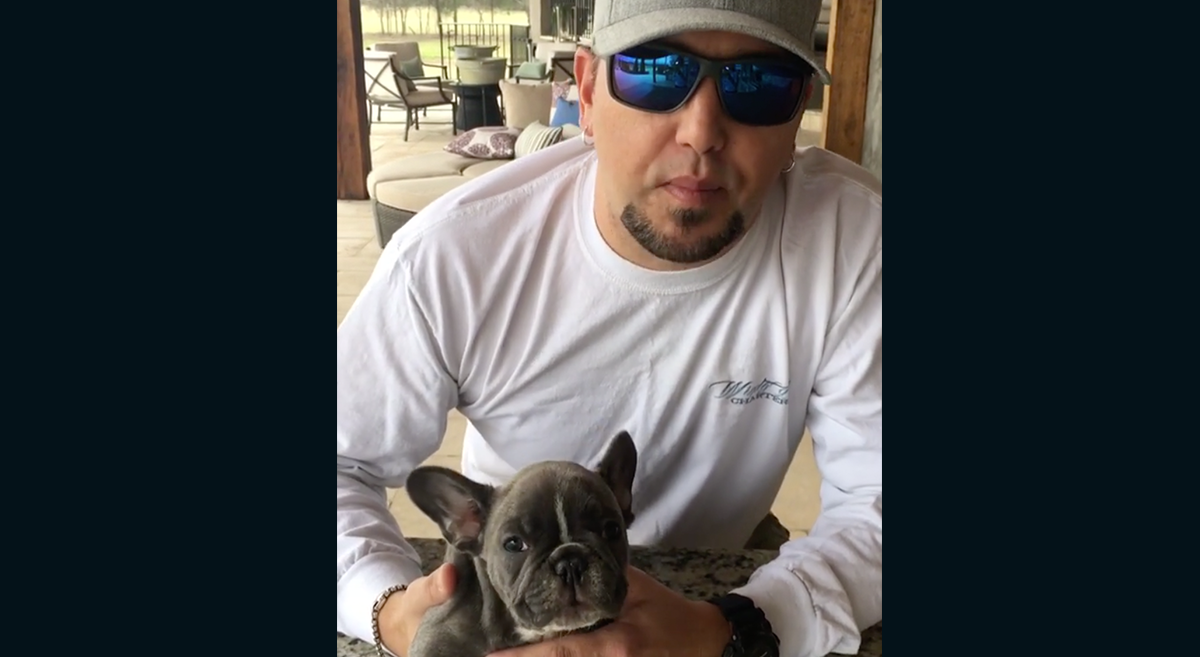