Jason Aldean just shared big news on his social media pages. The country superstar is back in the studio working on album No. 8, and he’s promising it’s going to include “some pretty cool stuff.”

Now, Jason also points out that this is just day 1 of the process, and he typically releases a new project every two years. His current album, “They Don’t Know,” just came out in September and already boasts two No. 1 hits with his current single, “Any Ol’ Barstool” in the Top 10 and climbing. There are plenty more potential singles in the lineup, though, including a duet with super hot Kelsea Ballerini called “First Time Again.”

RELATED: Jason Aldean’s wife, Brittany, reveals the one thing her hubby would never do

Having all that good music already available could explain why Jason takes a couple of years between projects, but with these glimpses into the studio, fans can also see how involved it can be to make a record. And with Jason still touring pretty heavily, his time in the studio is broken up between traveling and show dates.

Longtime Jason Aldean fans know that new music from this Georgia hunk is well worth the wait, so we expect they’re ready to hunker down and wait it out. And for new Jason fans, now might be a good time to familiarize yourself with the rest of Jason’s catalog. 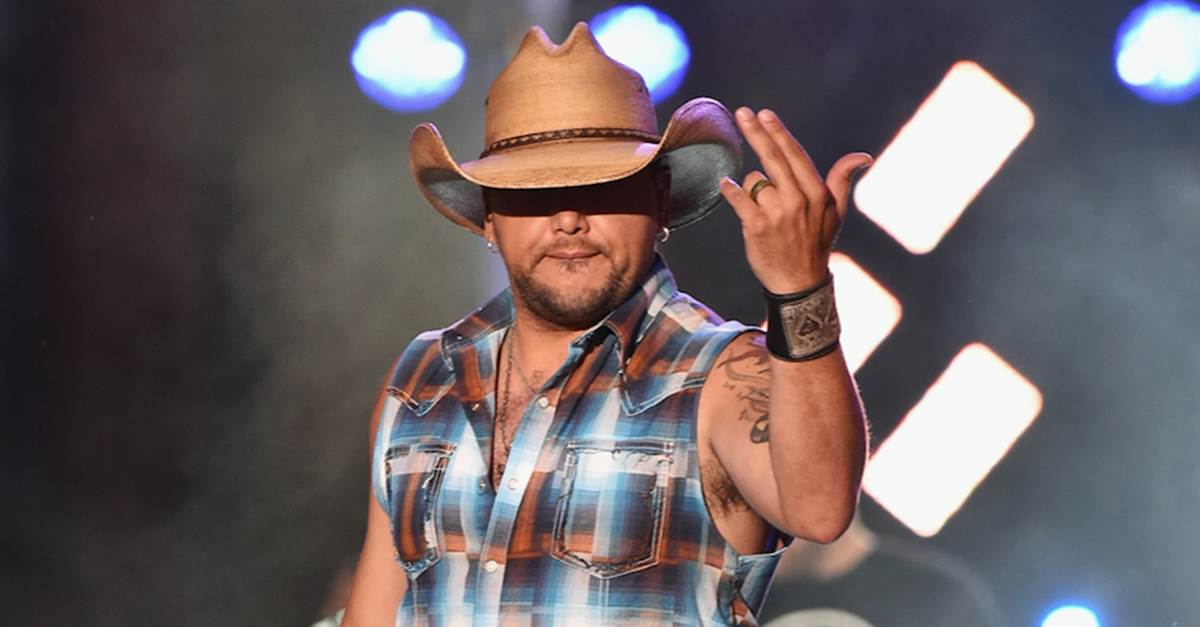