First comes a song. Then comes a video.

Then come all those secrets about the video that you just can’t believe unless you were there.

RELATED: Kane Brown’s ode to his grandfather will make you believe in country music again

Luckily, Rare Country readers can virtually feel like they were there with all of the fans who encircled the actual Nashville hotel in which they shot the new music video for Kane Brown’s “Thunder in the Rain,” as Kane recently filled us in on a bunch of inside scoop on the video shoot.

For example, that pool that Kane and his onscreen love jump in? That pool was REALLY cold, y’all. The moment where the girl falls off the mattress into the water? Well, that wasn’t in anyone’s script. And the car Kane drives through town? Yep, that is Kane’s very own car. There is also the tidbit that the smoke machine went a tad crazy during the shoot. It had to be turned off to keep Kane from coughing and laughing his head off.

Oh, and his tattoo? Kane tells us that tattoo on his chest isn’t quite complete yet, so his team had to color it in a bit with a Sharpie pen so you could see it through his shirt.

Directed by TK McKamy, the same guy who did Florida Georgia Line’s “H.O.L.Y.” video, “Thunder in the Rain” serves as a mighty nice sneak peek of the music that will be featured on his self-titled debut album, set for release on Dec. 2. 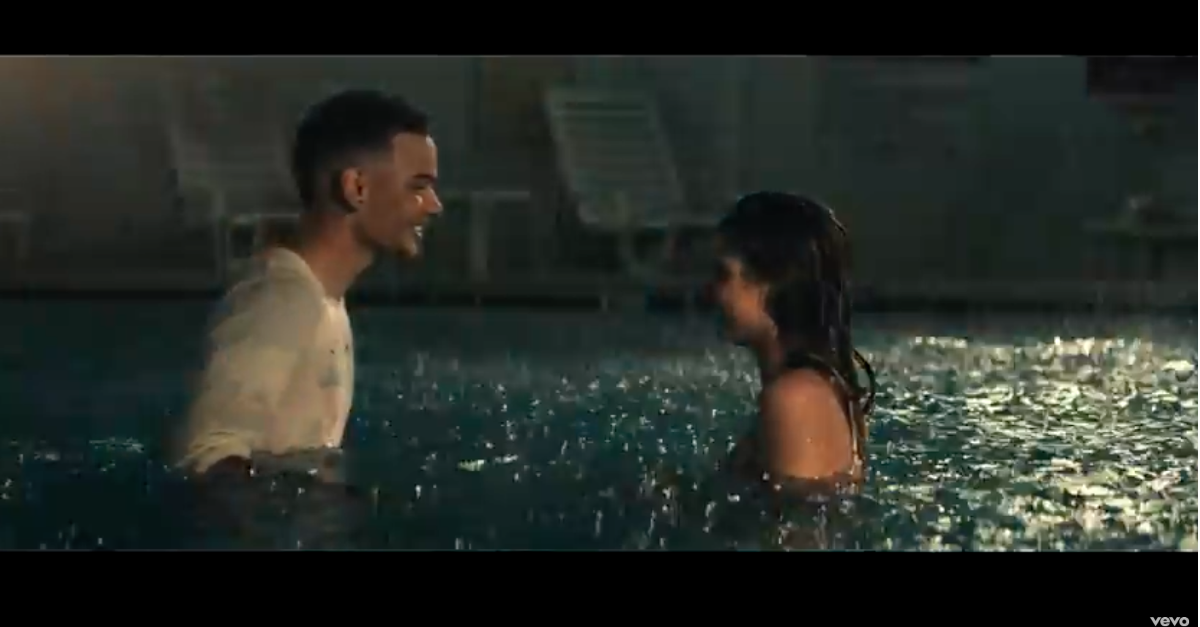