As one of country music’s biggest breakout stars of 2016, Kane Brown doesn’t have much time on his hands. He’s currently out on the road with Florida Georgia Line on the 2016 Dig Your Roots Tour. Come fall, he will be back out on the road for his first headlining tour : the Monster Energy Outbreak Ain’t No Stopping Us Now tour. And if that weren’t enough, he has a number of hits on his hands, including the Gold album certification he just received for “Used to Love You Sober” and his brand new infectious song “Thunder in the Rain.”

Yet despite all of this, Kane still finds the time to sit down and do what he does best: country covers. And his latest cover is a doozy.

Sitting with just his guitarist by his side, Kane headed to his YouTube page to share a cover of “If Heaven Wasn’t So Far Away” by Justin Moore. Calling it a “salute to war heroes,” Kane’s deep country vocals shine on the cover.

RELATED: Kane Brown was onstage when he got the shock of his life

Yet while the industry might just be talking about what Kane looks like or what he sounds like, it’s his heart that has gained him millions of fans over the past year. And it’s that heart that shines through on this latest example of the talent that is Kane Brown. 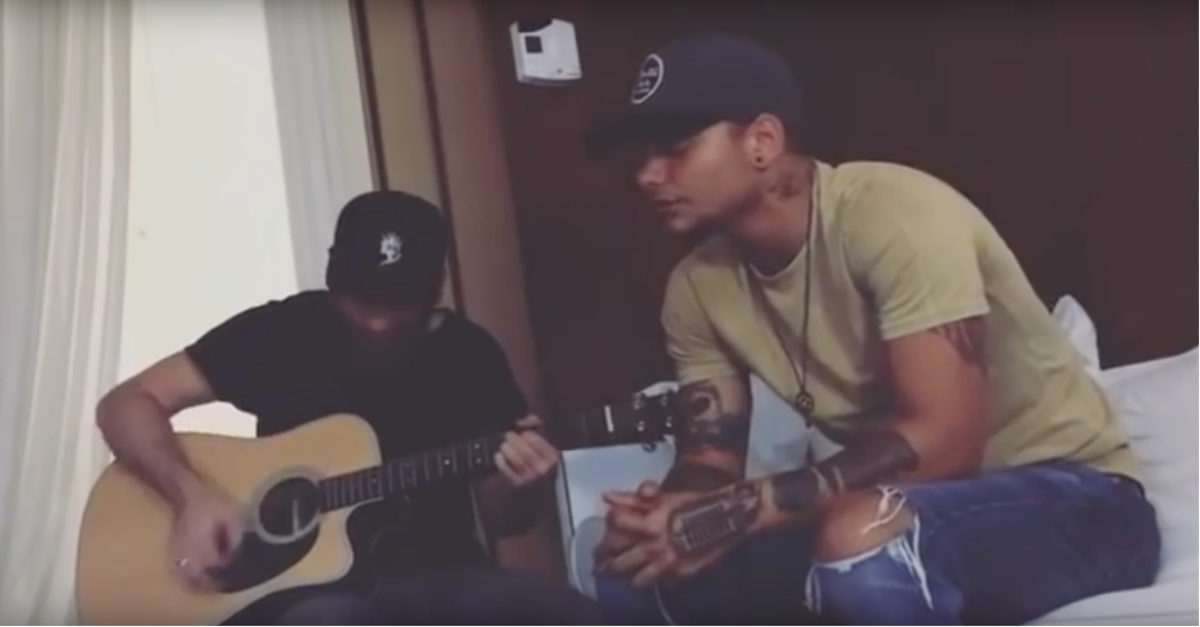