Every now and then a special song comes along that moves us to tears. And, no matter how many times we hear it, it still tugs at our emotions.

That’s the kind of tune Kelly Clarkson’s re-make of “It’s Quiet Uptown,” taken from the Broadway musical “Hamilton,” is.

So, when the 34-year-old singing sensation performed the heavy-hearted track for a special New Year’s Eve edition of “Late Night With Seth Meyers,” you can bet that people in the audience were welling up.

As you can see in this video, Kelly packs so much emotion into the haunting ballad. A piano faintly plays in the background, as she utilizes her signature voice on lyrics that tout two parents struggling with the loss of his eldest son. At one point, Kelly can hardly keep her composure. But, sure enough she gets through the song by delivering all of the right notes and showcasing her beautiful belt.

“It’s Quiet Uptown” is one of many tracks included on the 2016 compilation album “The Hamilton Mixtape,” which was released on Dec. 2, 2016. Kelly was pregnant with her second child Remy Alexander at the time that she recorded the number. And, she has previously admitted to getting choked up over the heartbreaking lyrics to the track.

Kelly’s performance on the late-night program was pre-taped, as the star celebrated the New Year with her husband, Brandon Blackstock, and their two kids, Remington Alexander and River Rose.

On Jan. 1, Kelly posted a picture of her and son Remy on Twitter.

RELATED: Kelly Clarkson shares a rare and personal look at the three loves of her life

In this photo, the happy mama plants an adorable kiss on her baby’s cheek. She writes, “I hope this year brings everyone this kind of smile/love #2017.” 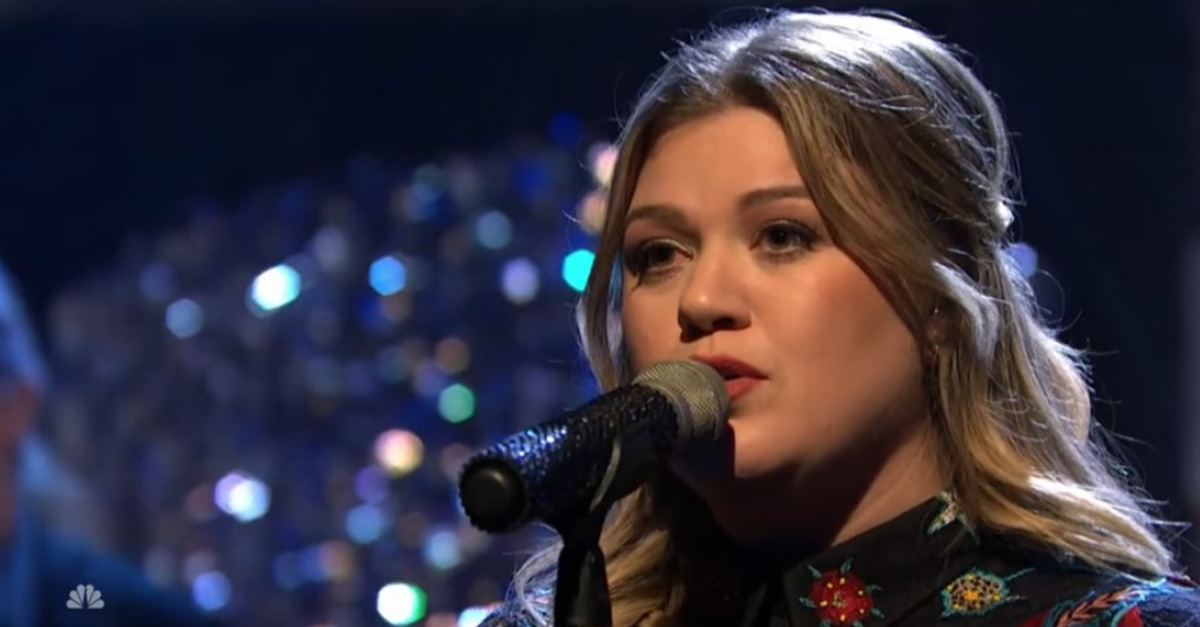