Country music superstar Carrie Underwood turned 34 years old on March 10. And, it just might have been her best birthday yet!

The “Heartbeat” songstress celebrated her big day with a cake designed after her favorite show, “The Walking Dead.” The yummy treat was a gift from her best friend, Ivey Childers — owner of IveyCake bakery in Franklin, Tennessee.

Carrie shared a picture of the zombie-themed dessert on Twitter. She also wrote, “She knows me so well…cake and new exercise toys! Imma shove my face into this later.”

The photo above shows two sides of the confectionery item. The front display reads, “Don’t Open, Dead Inside,” and features bloody hands and a bat wrapped in barbed wire. The back says, “Happy Birthday Carrie,” and also features a well-known phrase from the show – “Just look at the flowers.”

And, it turns out that Carrie no longer needs the Louisville Slugger that she had in her music video for “Before He Cheats,” as she also received a replica of Lucille – the famous baseball bat from “The Walking Dead,” normally used by character Negan.

But, that’s not all. Carrie also received plenty of birthday wishes from friends and family, including the legendary Loretta Lynn!

“Ummm… @LorettaLynn just called and sang me happy birthday!” Carrie posted on Twitter. “How is this my life? #bestpresentever #happybirthdaytome #legend.”

Ummm… @LorettaLynn just called and sang me happy birthday! How is this my life? #bestpresentever #happybirthdaytome #legend

But, perhaps the sweetest gift of all was the birthday message that Carrie got from her hubby, Mike Fisher. The hunky hockey player gushed over his bride of six years on Twitter with the words, “Happy birthday @carrieunderwood!! Izzy and I are so blessed to have you in our lives! You’re the best!”

Carrie and Mike recently celebrated their son, Isaiah’s, second birthday on Feb. 27. So it’s safe to assume that the happy mama and wife must be exhausted from all of the excitement. After a long day of fun she concluded her birthday with a picture of her puppy, Penny, covered up in blankets.

I feel ya' Penny…I feel ya'! Thanks, everyone, for making me feel loved today! #Goodnight #birthday pic.twitter.com/hO2J4zS9iG

“I feel ya’ Penny…I feel ya’! Thanks, everyone, for making me feel loved today! #Goodnight #birthday,” she writes. Happy Birthday Carrie! 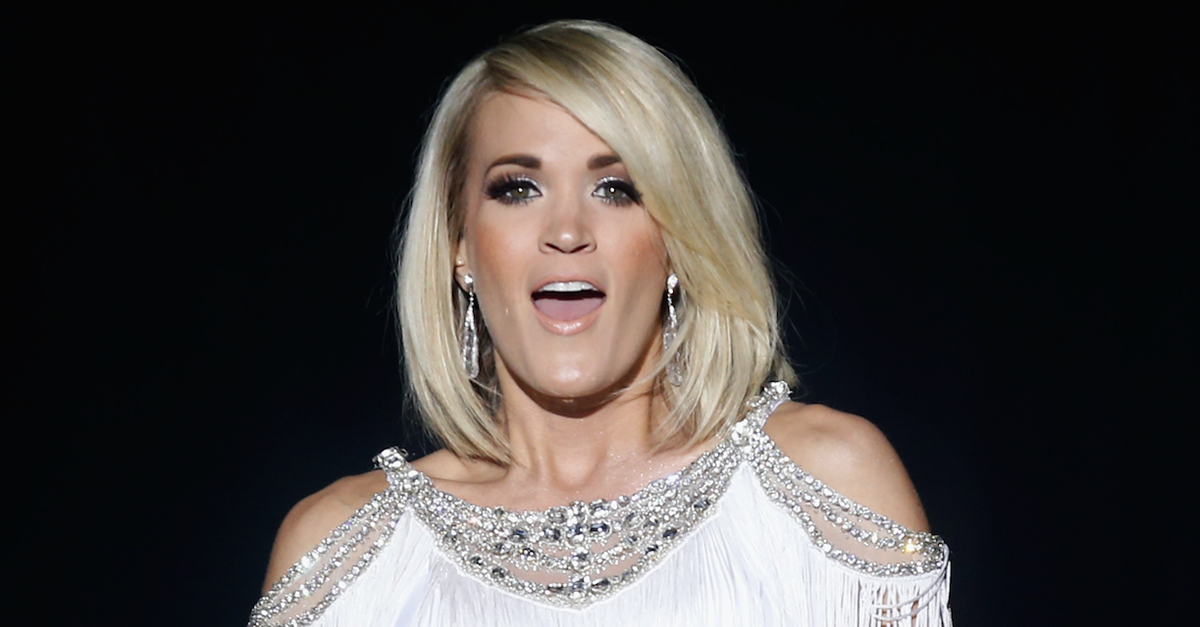