Thompson Square duo Shawna and Keifer Thompson have a little star in the making!

The married couple’s 1-year-old toddler Rigney Cooper Thompson, affectionately referred to as “Cooper,” inherited a musical ear from his loving parents. And, he certainly has the voice to go right along with it.

RELATED: Thompson Square just gave us the most adorable three minutes of our week

On Feb. 20, Cooper’s mama proudly posted a clip on Instagram featuring her baby boy adorably humming along to Journey’s 1979 hit, “Lovin,’ Touchin,’ Squeezin.’” She also included the caption, “Somebody is a Journey fan!!!!”

In this video, the handsome, chubby-cheeked tyke looks so cute all buckled-up in a safety chair and rocks a dinosaur shirt. But, what’s even more precious is how his face lights up when he hears his mother singing the lyrics, “Na na na, na na na.” He looks around with wonder to see where the sound is coming from. Then, he superbly repeats the tune back to her!

RELATED: Country duo Thompson Square is back with an ’80s flashback

Although Cooper is only a baby, he’s definitely a natural! And, this isn’t the first time that he’s displayed his natural talent. In fact, the youngster starred in his parents music video for their 2016 song, “You Make it Look so Good.” In addition to that, he played the lead role in a number of “Mission Impossible”-style short clips leading up to the video’s release!

Keifer and Shawna have been married for more than 16 years. They welcomed Cooper into their world on Jan. 24, 2016. It’s clear they enjoy being parents! Perhaps, they might even consider adding little Coop to their group and changing the name from T2 to T3! 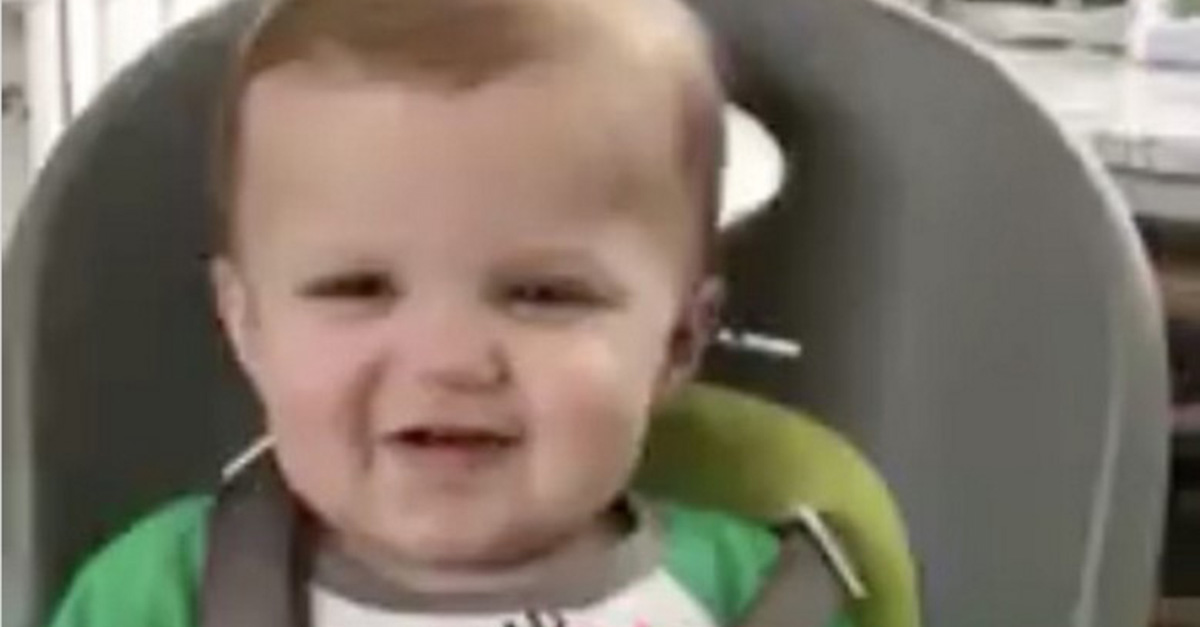