Country music superstar Luke Bryan sure knows how to make his fans feel special! And, he proved that during the opening weekend of his 2017 Kill The Lights Tour.

The four-time Entertainer of the Year winner pulled a young boy from the crowd up on the stage during his tour stop at the Big Sandy Superstore Arena in Huntington, West Virginia on Feb. 16.

It all happened while the Georgian was singing his smash-hit, “Kick the Dust Up.” Luke’s 6-year-old fan, Hunter Mason, was hoisted up on what appears to be his father’s shoulders and held up a sign that read, “Luke…Hunter is your No. 1 fan!!” on the front and “Lets Kick The Dust Up!” on the back.

In this clip, you’ll notice that Luke appears on opposite ends of the stage from his little buddy. But, that doesn’t stop Hunter from trying to get the attention of his favorite singer. After noticing the child’s sign, Luke makes his way to the boy, as fans cheer loudly. Luke, then, takes Hunter’s poster and gives him a high five before pulling him onto the stage.

If that’s not cute enough, Hunter even donned the same apparel as his hero. Both pals wore ball caps, flannel shirts and comfy blue jeans!

Hunter’s mom, Brittany, was so proud and excited for her son that she marked the memorable moment on Instagram with a photo and caption reading, “It’s been a few days now and honestly I’m still in shock haha best moment of my life besides the day my babe was born ❤”

RELATED: Luke Bryan tells us what Christmas morning is really like in his house

Luke Bryan’s 2017 Kill the Lights Tour is an extension of his 2016 trek. His next stops include Columbia, South Carolina on Feb. 23, and Jacksonville, Florida on Feb. 25. Aside from playing sold-out shows, Luke is set to co-host the 2017 Academy of Country Music Awards alongside country star Dierks Bentley. The 52nd annual ACM Awards take place on April 2. 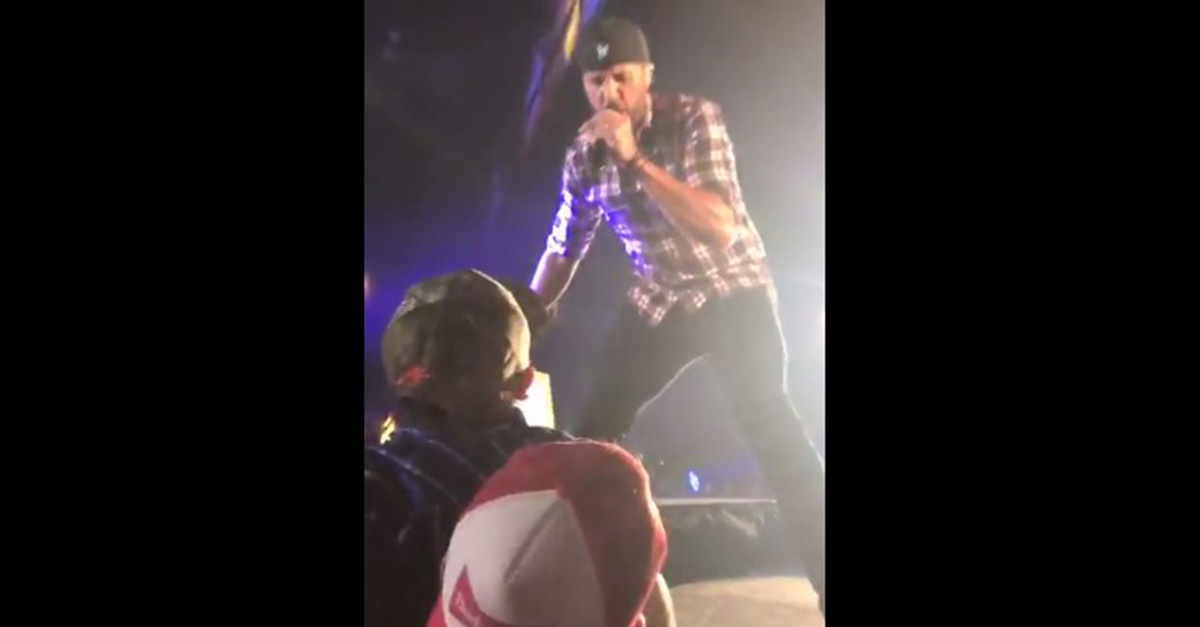