Luke Bryan may be a country music superstar, but he’s also a family man at heart. He’s married to his college sweetheart, Caroline Boyer. And, they’ve been going strong for more than a decade. They are also proud parents to sons Bo and Tate.

So when it comes to the country crooner’s fans getting engaged, he can’t help but share in the excitement!

And, he proved that on Feb. 25 during his Kill The Lights Tour stop at the Veterans Memorial Arena in Jacksonville, Florida. Luke had just finished performing his 2013 smash, “Crash My Party,” when he noticed a man in the crowd holding up a sign.

“What’s your sign say?” Luke asked before joking, “Will I marry you or do you want to marry her?”

Of course, the audience erupted into applause, as Luke worked to find out the details of his fan’s sweet proposal. Luke asked the man in the crowd, “Did you do it? …. I have no idea what’s going on.” Then, right at that moment, the fan dropped to his knee for his lady in front of thousands of screaming fans!

Wowed by the surprise, Luke told the newly engaged couple “Good job!” and broke into an impromptu version of Dean Martin’s, “That’s Amore.”

But, that’s not all. The four-time Entertainer of the Year winner even offered up some marital advice for the newly engaged couple. Lucky for us, a fan on Instagram caught all of the action! He said, “Keep the fights clean and the sex dirty, right?” 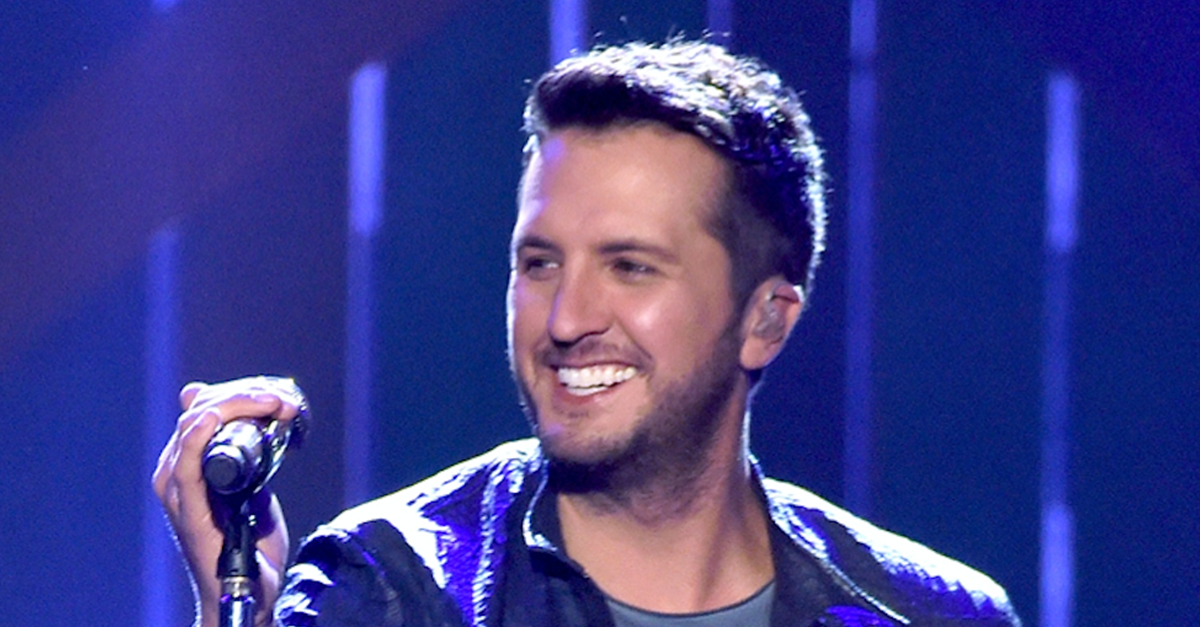