The 40-year-old country superstar made his late-night television debut for his newest single, “Fast,” from his 2015 Platinum selling album, “Kill the Lights.” Luke co-wrote the reflective track with songwriters Rodney Clawson and Luke Laird.

In “Fast,” the four-time Entertainer of the Year winner finds himself abandoning his sexy hip swivels to showcase his softer side from behind a microphone. He dons a signature look of a plaid shirt and blue jeans, and strums the ballad’s opening chord progression on his customized acoustic guitar. Then, with one hand on the microphone, he delivers the poignant lyrics that lament the swift and uncontrollable passing of time, as one simply tries to slow things down.

During the first verse, Luke sings about being in his younger years. He then hints at his loving relationship with wife Caroline Boyer in the second half of the nostalgic song.

“Nothing makes me happier than knowing my family is safe and content,” said Luke in a recent press release. “Life does go too fast so we have to remind ourselves to stop and take in what is happening around us in our careers and our families’ lives.”

Luke is currently playing sold-out shows on his Kill The Lights Tour, which wraps on March 17-18 in Alabama. On April 2, he is set to join country singer Dierks Bentley as co-hosts for the 2017 Academy of Country Music Awards. He is also nominated for the ACM Entertainer of the Year award. 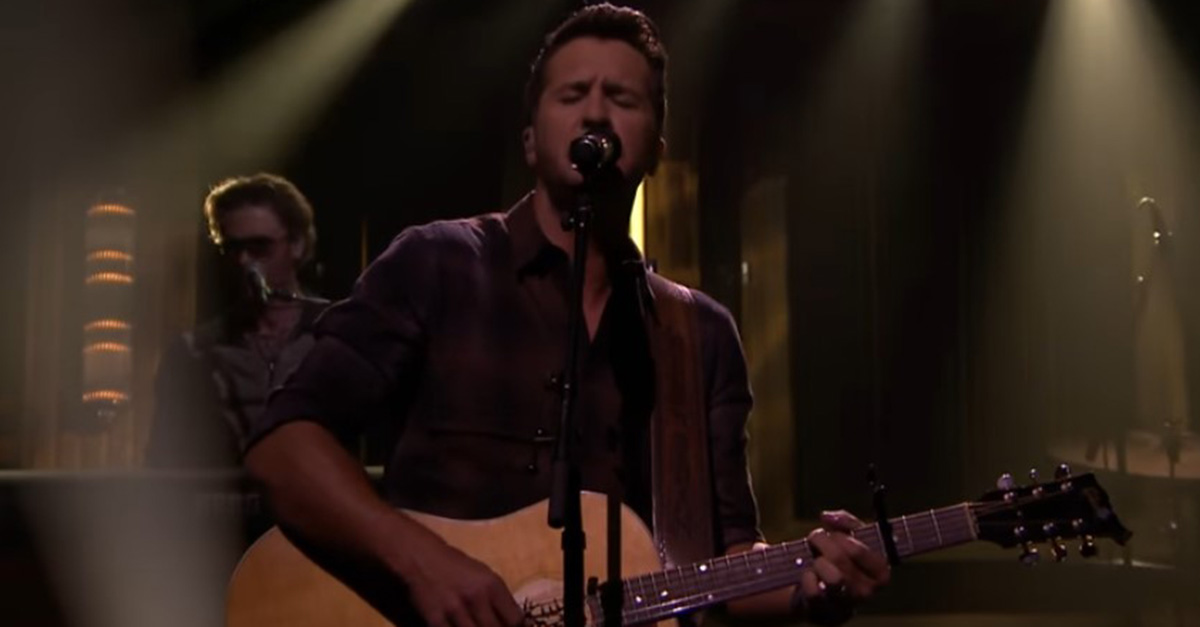