There’s no denying that Martina McBride is an outspoken advocate against domestic violence. She showed that early on in her career with an emotional song called “Independence Day.”

Though she didn’t top the Billboard Hot Country Songs charts with that single, Martina climbed to the top spot with another inspiring tune called “A Broken Wing.” At the time, the latter of the two singles became Martina’s second No. 1 hit of her career.

RELATED: Martina McBride is shocked over the sudden death of one of country music’s sweetest souls

In the accompanying video for “A Broken Wing,” shots flip back and forth between narrator Martina and a couple’s toxic relationship. The powerhouse singer sits inside an empty house and belts out the ballad. Meanwhile, other shots feature a female character being beaten down by her partner. The abuser in the relationship tries to crush the woman’s dreams. But, she leans on her faith to help get her through the torment.

As the story unfolds, the woman finally works up the courage to leave her boyfriend. In doing so, she leaves him with a note that is placed near an open window. The window symbolizes the girl’s ability to fly away and follow her heart.

Released on September 8, 1997, “A Broken Wing” served as the lead-off single to Martina’s fourth album, “Evolution.” The song and the music video earned a handful of awards and nominations, including a 1998 Academy of Country Music nod for Video of the Year.

Watch the clip above to see Martina’s empowering video for “A Broken Wing.” 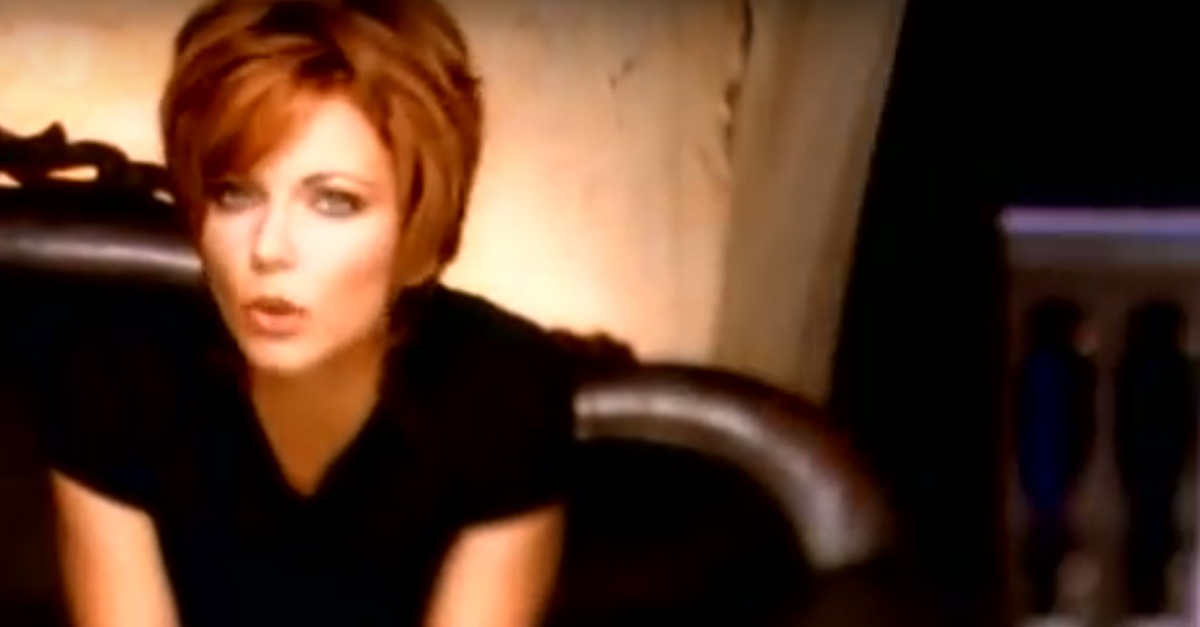