There’s nothing like a duet with a lovely lady to boost a male country singer’s career into the stratosphere. Just look at the shot in the arm Tim McGraw’s career gets every time he sings with his lovely wife, Faith Hill. The same can be said for Jason Aldean with Kelly Clarkson on “Don’t You Wanna Stay” and Chris Young with Cassadee Pope on “Think of You.”

Country star Michael Ray doesn’t have to look very far to find that potential duet partner. His girlfriend, Carli Manchaca, just happens to be a member of the all-female trio, Sister C.

RELATED: Michael Ray’s tribute to his guitar-slinging grandfather is something you need to see today

Michael tells me, “They’re phenomenal. You gotta check ’em out.”

The idea of the two of them recording a duet has crossed Michael’s time since they’ve already performed together in public.

RELATED: Rising star Michael Ray’s battle for the microphone with this little one is adorable

Says Michael, “We have. My drummer’s wedding was our first time ever singing together, so I’m not counting it out. We’re about to start making the second record. So, you never know.”

Instead of singing one of Michael’s songs, the couple performed a song from Nashville-based duo Johnnyswim titled “We Can Take the World.”

“Beautiful song,” Michael says. “Thank God she knew it, ’cause I wasn’t that aware of it, but I heard it, and I was like, ‘This song is fantastic.’ So, it’s great.”

When we told Michael he needed to record some of that beautiful music he and Carli are already making, he told us with a laugh, “Record that. I need to use that whenever she’s mad at me.”

As you can tell from their Instagram photos, Michael and Carli are truly in L-O-V-E.

Michael adds, “I’m lucky she lets me hang around.”

Here’s hoping we get to hear them sing together soon. Let us know if you find any video of that duet lurking around online. In the meantime, Michael is climbing the country chart with the sexy tune “Think a Little Less” from his self-titled debut album. 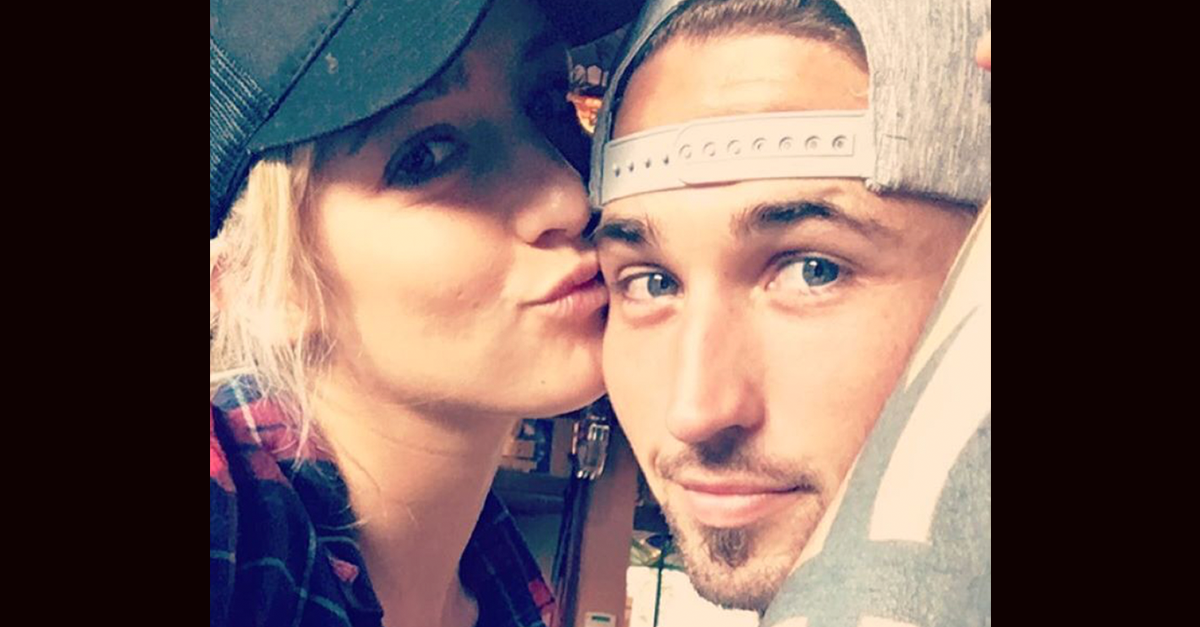