We laughed, we cried, and we bought stock in Kleenex. OK, maybe not the last one, but after an emotional week in country music, it wouldn’t have been a bad idea. In this week’s Rare Country’s 5, host Erin Holt counts down the five biggest stories from RareCountry.com. They run the gamut of the human condition from affirming victories to sweet memories to life’s milestones, and we even say goodbye to a favorite television character.

So, here goes. Our No. 5 story has us celebrating the return of NBC’s “The Voice.” In a very short time, it seems that Blake Shelton has already been targeted as the judge to beat. Honestly, though, the caliber of talent we’re seeing in these early auditions is so incredible, that it’s anybody’s game. If you haven’t started watching, it isn’t too late to pick a favorite and follow their journey.

NASCAR fans still mourn the passing of Dale Earnhardt Sr., who died after that tragic car accident at the Daytona 500 in 2001. Our No. 4 story spotlights a sweet new video showing the relationship between Dale Sr. and Jr. and is set to the precious new song from Zac Brown Band, “My Old Man.” You’ll need a tissue or two.

Coming in at No. 3, it was a super happy birthday for Jason Aldean. He got a big surprise when his gorgeous wife Brittany kidnapped her hunky hubs and toted him off to Steamboat Springs, Colorado for a wintry wonderland romantic vacation. Happy 40th, Jason!

If these country stars plan it right, we could have a new wedding every month for the next little while anyway, and The Swon Brothers’ Colton Swon has just staked his claim to his own month and our No. 2 story. Colton proposed to his longtime girlfriend, Caroline Glaser. And what takes the level of precious off the charts is that they met each other while they were both contestants on season four of “The Voice.”

RELATED: Another country music hunk is officially off the market

Our top story of the week is almost too difficult to talk about. If you’re a “Nashie,” or a fan of the hit CMT series “Nashville,” then, like us, you were equally devastated when Rayna Jaymes was involved in a serious car accident. In the Feb. 23 episode, we watched the beloved character slip away from her family and friends in one of the most emotional nights ever. Connie Britton, who played Rayna, spent a week on daytime talk shows doing media interviews explaining the reasons why Rayna had to die and also gave fans hope that the show would continue to be as compelling as ever. And we have no reason not to believe her.

Whew! We’re exhausted just recapping this crazy week. Be sure to check back next week when we’ll look at the most recent happenings and events from the world of country music. 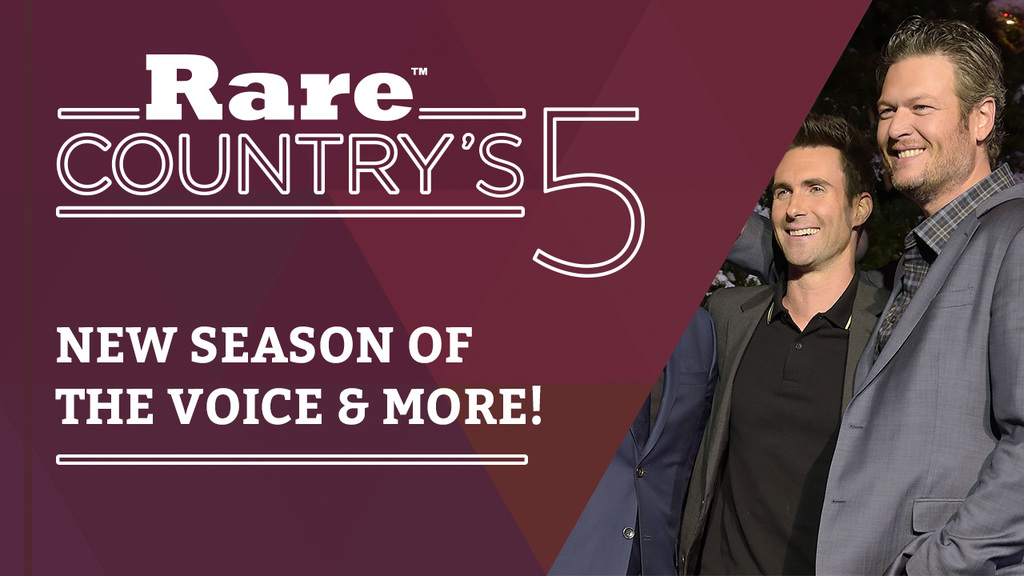