Miley Cyrus had to move out of her famous dad Billy Ray Cyrus’ shadow to forge her own path, and now Miley’s little sister, Noah Cyrus, is making her way into the spotlight as a pop star, too.

It can’t be easy being compared to Miley, who has shocked fans with her crazy costumes and out-there dance moves over the years. If this performance at the iHeart Radio Music Awards is any indication, Noah is going to do just fine in her own right.

RELATED: Miley Cyrus returns to her country roots during this family farm vacation

Noah took the stage to perform her new single, “Make Me (Cry),” with her collaborator, Labrinth. Aside from the strategically placed heart on her pants, Noah is wisely keeping things pretty restrained as opposed to her outrageous sister.

Miley introduced the performance with a lot of heartfelt praise for her little sister.

Miley and Noah’s dad, Billy Ray Cyrus, was beaming from the audience as Noah won the crowd over.

The Cyrus family was in cheerleader mode for one of Noah Cyrus' first big performances at the #iHeartAwards: https://t.co/iQlY0G52A6 pic.twitter.com/0v3uiHQ5EB 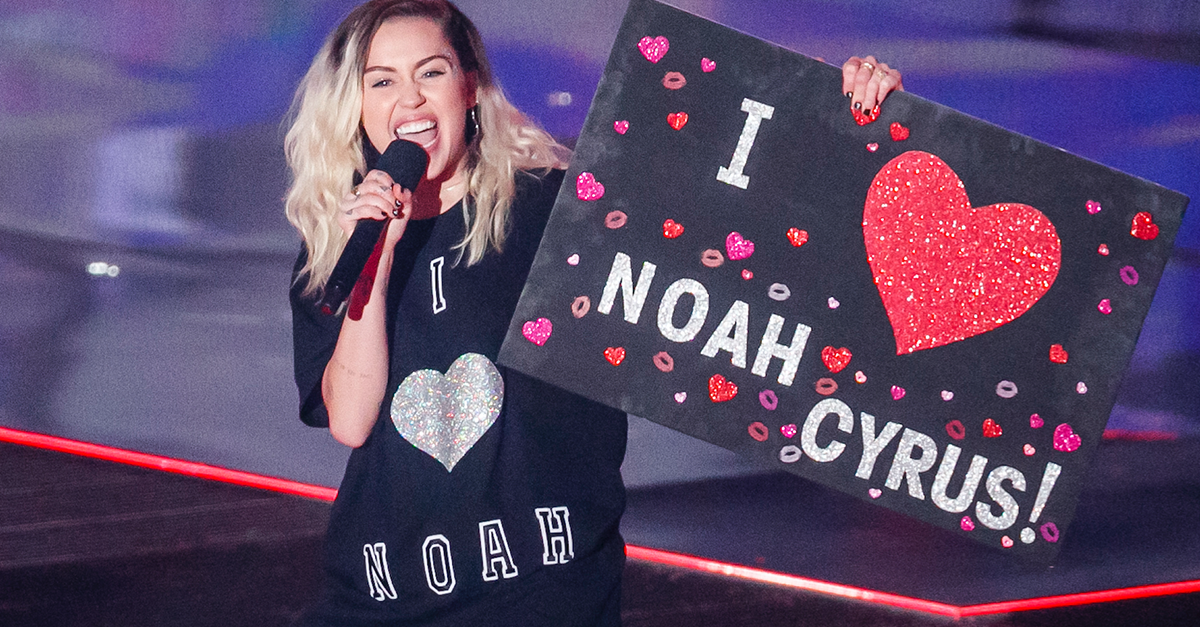