Miranda Lambert and Kenny Chesney have one of those sorts of friendships that we envy. So on the night of June 4, as the two friends couldn’t help but share a dance, we must admit that we melted just a little bit.

Playing in front of a huge crowd at Dallas/Fort Worth’s AT&T Stadium, Kenny and Miranda were on stage performing the George Strait classic “The Fireman” when Kenny looked over at Miranda with that look that all but said he wanted to dance. And while Miranda looked hesitant at first, she quickly warmed up to Kenny’s easygoing style. She even showed off some of her tried and true Texas two-step moves.

RELATED: Miranda Lambert and Kenny Chesney open up about their long-standing friendship

It was just one moment in an incredible night for Kenny.

“Some nights just have their own energy, and their own momentum,” Kenny said in a press release. “There’s something about playing AT&T Stadium that just brings out the best in everybody! The crowd is always so great; you wanna do things a little different, bring up your friends and share the moment with them.”

Also joining him on stage throughout the night included Old Dominion and Jake Owen. 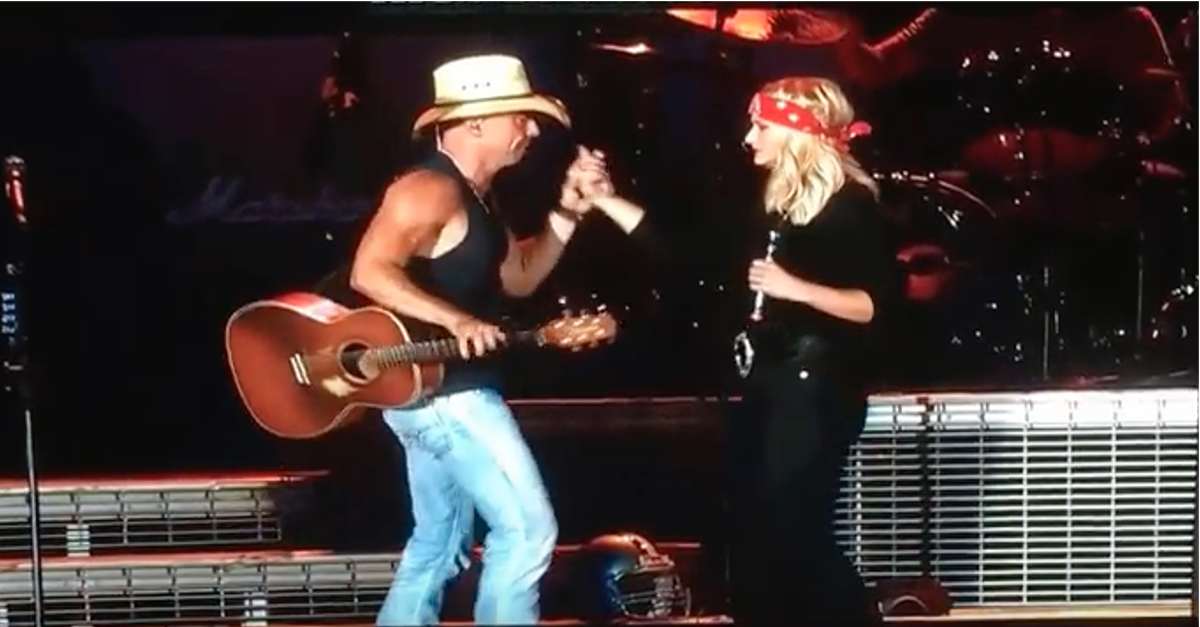