The Rare Country Awards honor the year’s best in country music as determined by fans. Miranda Lambert is up for female artist of the year. Cast your vote at RareCountryAwards.com. Winners to be announced Dec. 15.

If you’re being disrespectful towards Miranda Lambert and you think that she’s just going to shake her finger at you, you’d better think again.

The country star is not to be messed with.

And she proved that during one of her recent concerts.

On Aug. 5, Miranda took to the stage at the Irvine Meadows Amphitheatre in Irvine, Calif., as part of her Keeper of the Flame tour. Midway through her set-list, a couple of rowdy concertgoers got out of hand. We’re not quite sure of what exact words the guys said that got the 32-year-old Texan’s blood boiling, but they were enough to make her put her boot down.

Miranda kicking some dudes out in Irvine, California. #KeeperOfTheFlame pic.twitter.com/uthtjUhi4p

As you can see in the video above, Miranda pauses during the beginning of “White Liar” to address the crowd about the distraction, saying, “We’ll continue our song in just a second when these guys are done.” Once security guards pull out the hecklers Miranda says, “Sometimes you just have to ditch a douchebag every now and then!”

Yep! Once again Miranda held up her reputation as being one of country music’s bad-girls.

RELATED: Miranda Lambert is the ultimate turn-on in these scorching hot videos

Aside from kicking out a couple of rude men, Miranda proved that she’s still got plenty of love to give, especially when it comes to a certain someone. In an epic display of affection, Miranda donned a T-shirt that had her beloved beau Anderson East’s name printed across the front! 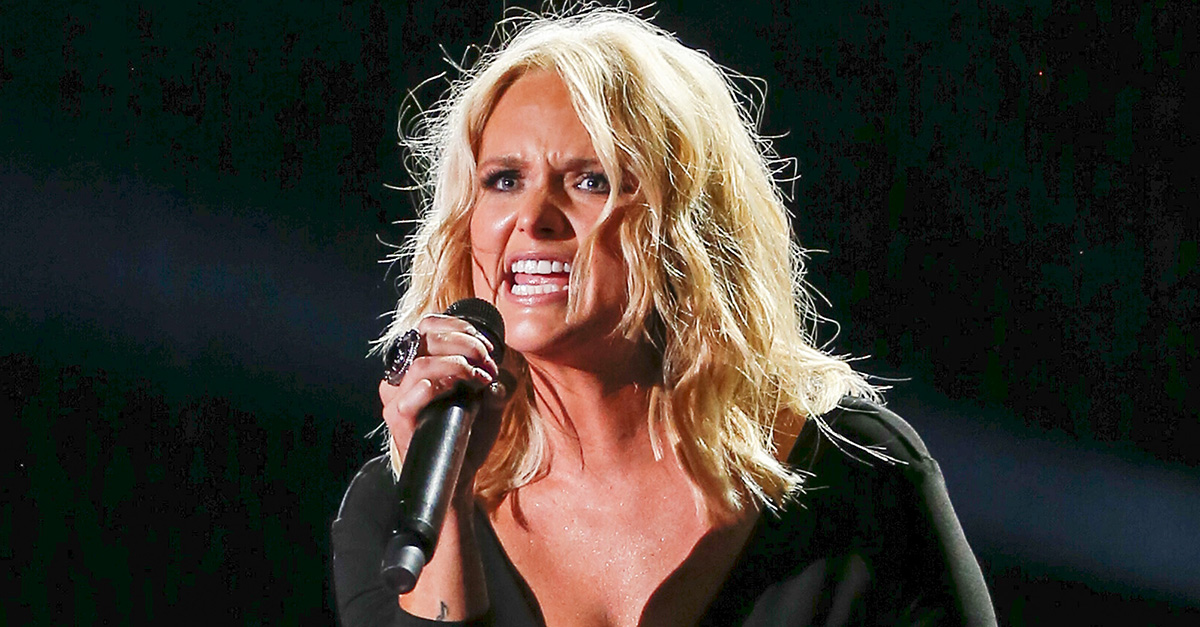