When it comes to country music, there’s always a song that will make you want to shed a tear.

In Miranda Lambert’s catalog, that tune could arguably be “Tin Man,” which appears on the “The Heart” side of her 2016 double album, “Weight of These Wings.”

Of course, Miranda has several moving hits like “The House That Built Me” and “Over You.” But, “Tin Man” certainly falls into the category of heartbreak and loneliness.

The track, which Miranda co-wrote with writers Jack Ingram and Jon Randell, is about the Tin Man from “The Wizard of Oz.” In the song, she tries to talk the the character out of wanting a heart, so that he’ll never have to experience the pain of it being broken.

On Feb. 23, Miranda channeled the emotional number during her concert at the Santander Arena in Reading, Pennsylvania, as part of her 2017 Highway Vagabond Tour. Before crooning the song, she told the crowd, “I hope you leave here feeling a little bit better, or a little bit worse. As long as you feel something right?”

And while wiping a tear from her eye she added, “I’m going to end [the show] with a song by myself. I wrote it at a really shitty place in my life. It’s about one of my favorite characters in a movie. It’s called ‘Tin Man.’”

Miranda then began to serenade thousands of screaming fans with the beautifully, stripped-down finale. And, boy was it magical!

Since releasing “Tin Man,” many fans have speculated whether or not it’s about her emotional split from ex-husband Blake Shelton. Whatever the case, we’re glad to see her happy with her new beau, Anderson East, whom she’s been seeing for about a year now.

Miranda’s next stops on her Highway Vagabond Tour include Charleston, South Carolina on Feb. 25 and Green Bay, Wisconsin on March 2. Old Dominion and Aubrie Sellers are opening on the trek. 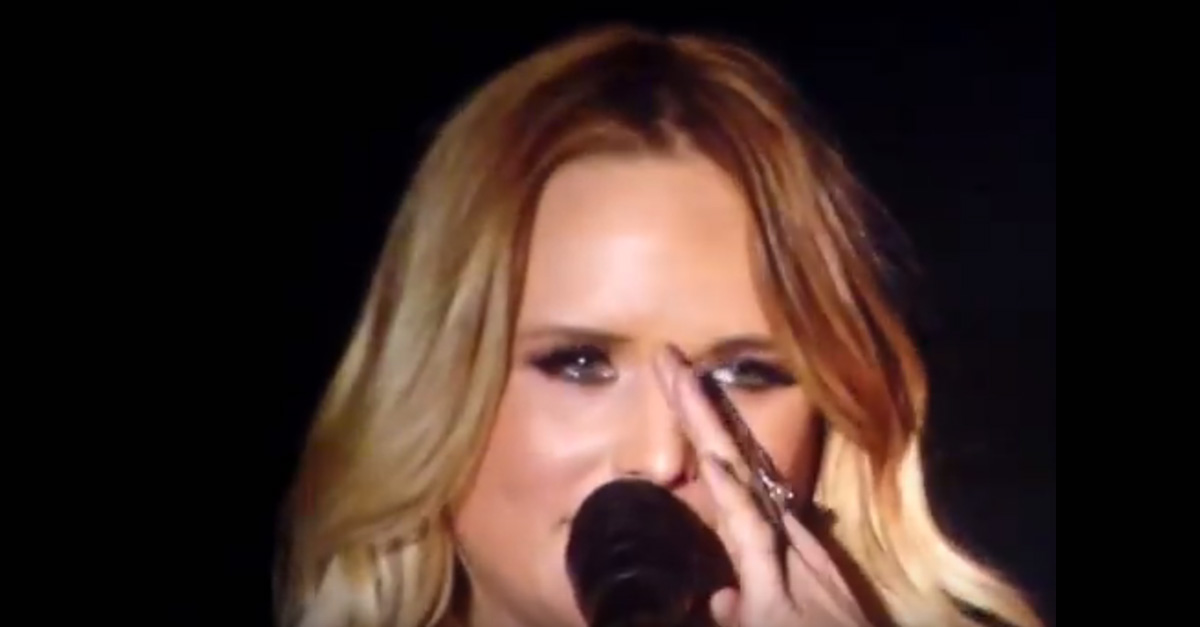