It can sometimes feel like Chris Young and Cassadee Pope’s duet “Think of You” has been around forever. In fact, it’s had a mighty nice shelf life, considering it was released all the way back in November of 2015. And while it wasn’t able to give the country stars a Grammy on Feb. 12 after being nominated in the Best Country Duo/Group Performance category, it still remains one of country music’s most romantic masterpieces.

And with each performance, it just gets better.

RELATED: Wedding bells will soon ring for this Grammy nominee and her handsome hunk

Chris and Cassadee have performed the song many times in the past couple of years, but their performance upon the Grand Ole Opry stage was especially magical, as it occurred during the Opry Goes Pink event back in October 2016.

The song serves as another wonderful thing to happen to Cassadee, who recently got engaged to her boyfriend Rian Dawson.

“I had no idea. It was such a surprise,” she said during a recent “People Magazine” interview. “It was a Tuesday morning and I was still in my PJs. This is such a stupid story. He was sweeping in the living room and our puppy, a little French bulldog, the love our lives, was biting the broom. So I took Cuppy – Cuppy the Puppy on Instagram – and I put him in the bedroom and Rian was like, ‘OK, you can let him out,’ and I opened the door and he was on one knee. It was perfect, in our home that we love with our little ‘son’.” 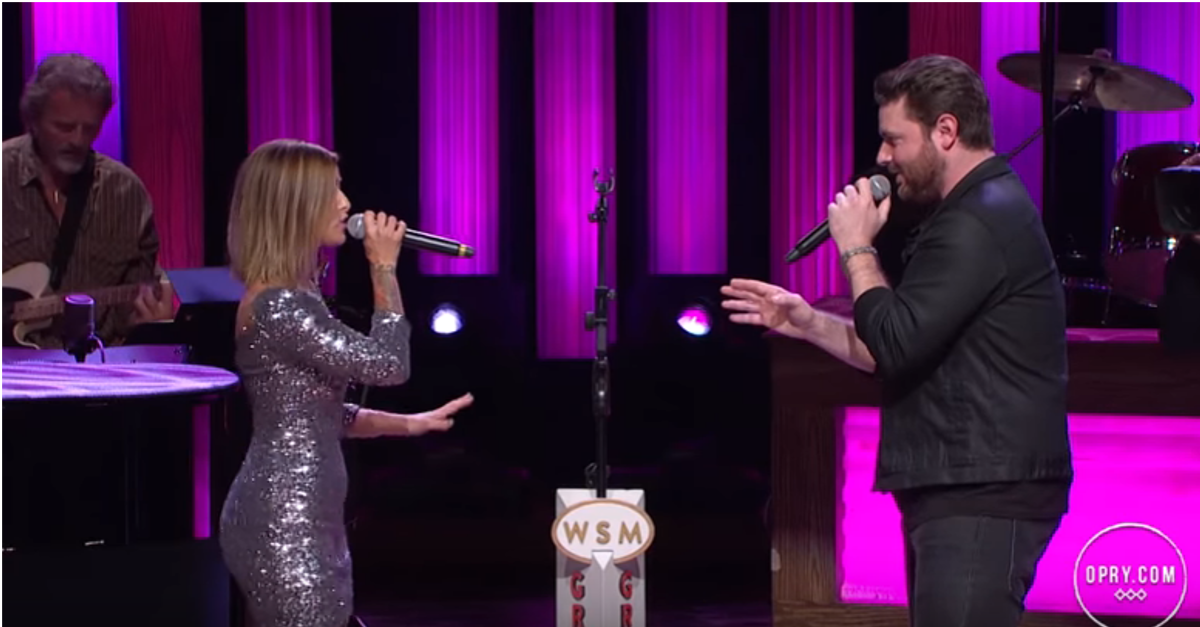