There is no doubt that Dale Earnhardt Jr. is a new man, in more ways than one. Ever since his New Year’s Eve nuptials to his wife, he seems to be more open to showing his emotions, smiling more and learning to love… spandex?

It all began when Dale told fans that he was considering taking up biking, perhaps inspired by fellow driver Jimmie Johnson. Dale actually shared a pic of himself in spandex during a recent ride.

“Hardest part of cycling?” he captioned the pic of him in the tight pants. “Being brave/crazy/stupid enough [to] wear spandex. The hills [are] the 2nd hardest part. Me & our awesome pilot Jeff.”

There have also been a number of pics of Dale showing off his cycling skills and looking like he loves this new form of exercise.

Getting healthy has to be a life you desire, When supported with encouragement/motivation/accountability of others, It will ENDURE🤘🏼@DaleJr pic.twitter.com/h7AFZBV7Yq

RELATED: Dale Earnhardt Jr. reminisces about his dad in series of emotional pics

While NASCAR fans are watching to see just how long he will stick with it, Dale Jr. even got the attention of Lance Armstrong, who apparently had something to say about his choice of biking socks.

I don't know much. Except cycling is expensive, short socks are bad, and @lancearmstrong will Gram your text in a New York minute. https://t.co/TJWK6YLsmz

As far as we are concerned, Dale looks mighty fine — whether he’s wearing jeans, a tux or a very tight and stretchy pair of shorts. 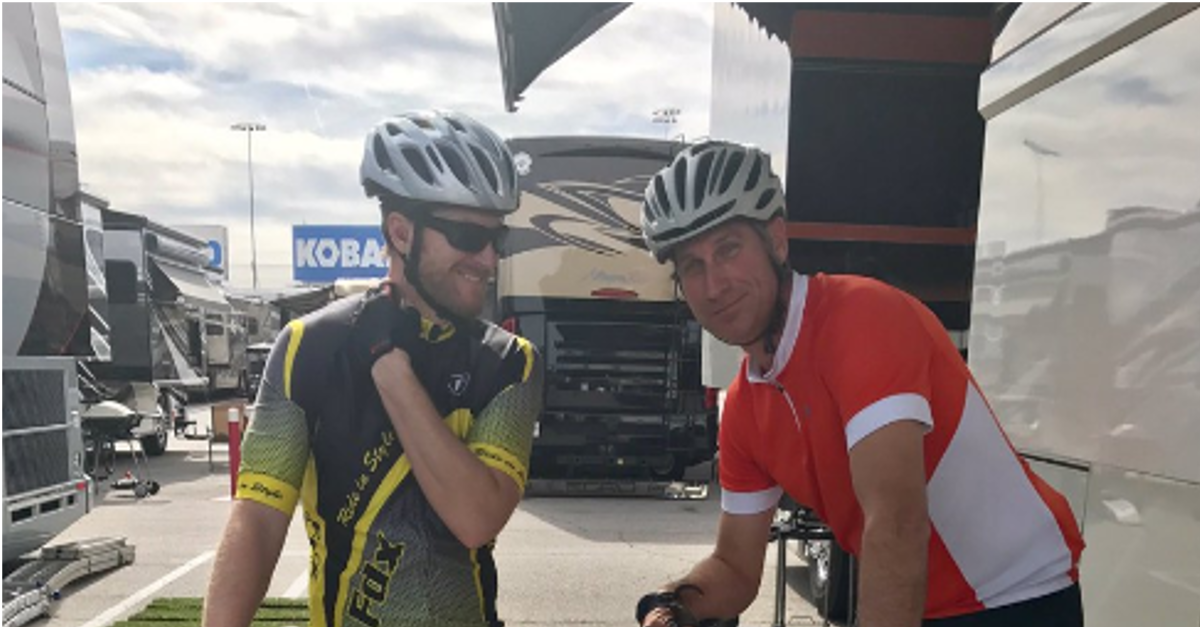