Hey, NASCAR fans, ever wonder what happens to your favorite race car when it just can’t be fixed anymore? After the plug is pulled on these spectacular, high dollar vehicles, many are given a proper burial, thanks to Dale Earnhardt Jr. And now, JR Motorsports is taking fans into the graveyard where corpses of some of their favorite cars have been laid to rest.

In a YouTube video viewers are given a tour of Junior’s Dirty Mo Acres, a private property owned by the iconic young driver that includes the race car graveyard. Tour guide Sonny explains that the the idea for the cars’ final resting place came from Dale. “We talked about putting muscle cars out here and making a little graveyard with a little oak tree, getting an engine and a hoist and hanging the engine from the limb like the old shade tree mechanics used to do, then parking a muscle car under it.”

But crashed race cars were abundant, so the fellas changed their plan.

Among the vehicles laid to rest in the graveyard are Dale’s No. 88 Chevrolet from his Sprint car days. Also spotted are a Farmer’s Insurance car, much like the one Kasey Kahne drives, along with a Chase Elliot No. 24 Napa Auto Parts Chevy and the super-recognizable No. 24 rainbow Chevy once driven by Jeff Gordon.

It’s worth pointing out that it looks like just the body and frame of these cars is what gets sent to the cemetery. The more expensive mechanics of the vehicles have all been removed.

In addition to the race car graveyard, Fox Sports reports, Dirty Mo Acres is a redneck playground that also includes an ATV course, a go-kart track, a golf course and more. 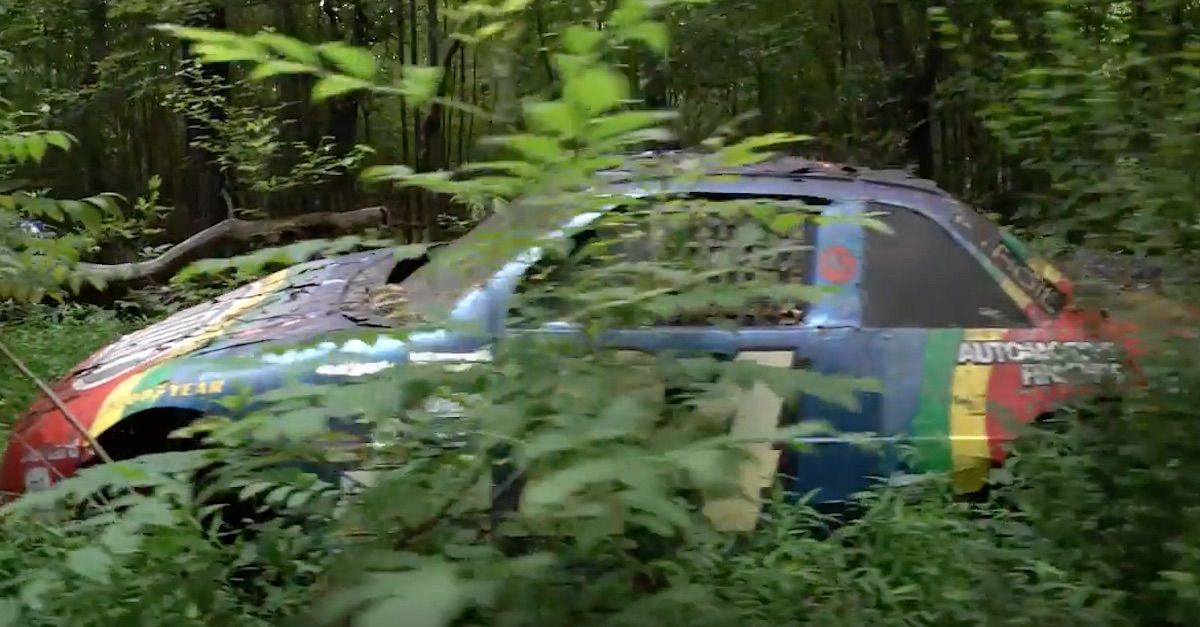