NASCAR fans knew Kyle Busch was mad when he stomped down pit lane following the Monster Energy NASCAR Cup Series race at Las Vegas Motor Speedway on March 12. They knew there might be a fight between him and fellow driver Joey Logano simply by the look in his eyes. And once the fight started, everyone knew that the brawl would get a ton of national attention.

But what we didn’t know was what was happening underneath the pile.

“At that point, I was trying to calm everything down and tell him, ‘Hey, I got loose underneath you and my bad,’ and it didn’t seem like he wanted to talk much at the time,” Joey said during a recent interview. “At this point, I realized that and, so, not the way I don’t think any of us really wanted that to end.”

While it sounds like NASCAR won’t be punishing the drivers, both Joey and Kyle have in fact talked in the days following the incident.

“We’ve spoken. Obviously, we didn’t speak much there, so I got a chance to call him up earlier today to be able to talk to him a little bit and at least tell my side of the story,” Joey said. “We’re going to have two sides to the story like there is all the time, but really the bottom line is we’re two passionate race car drivers. We’re two of the best in the sport that are going to go for wins that are aggressive, and we collided. In the heat of the moment, when there’s 40 drivers out there with one goal … to go win the race, right? Eventually tempers are going to fly.” 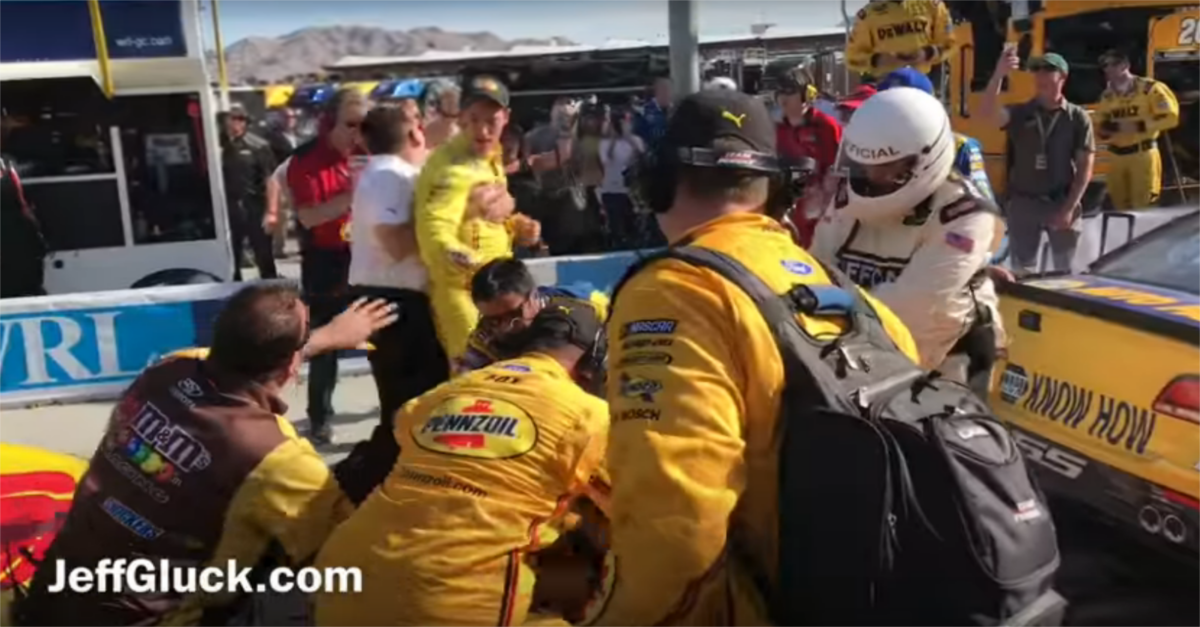